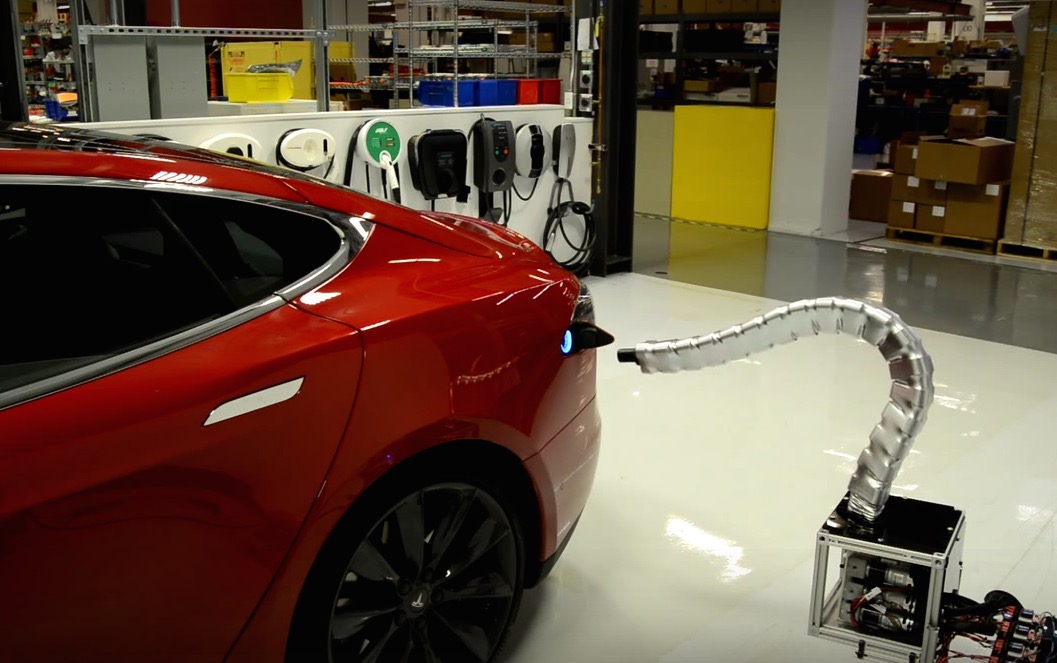 Here’s a video of Tesla’s prototype autonomous charging system, following Elon Musk’s January 1st Tweet: “Btw, we are actually working on a charger that automatically moves out from the wall & connects like a solid metal snake. For realz.” 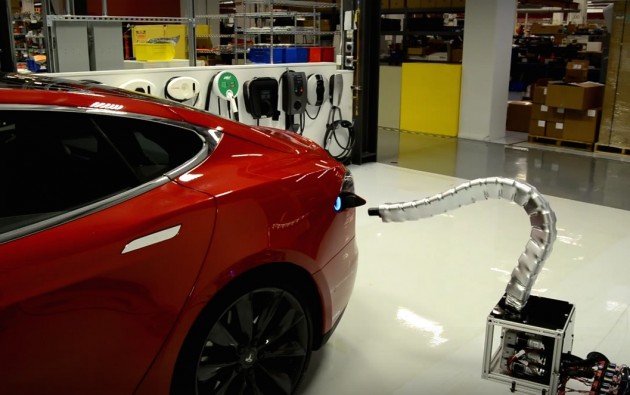 While other companies such as Mercedes-Benz, Nissan and General Motors are testing wireless, inductive charging, Tesla is taking a mechanical approach. This could be down to a few reasons; charging via plug is a more efficient means of power transfer than induction, or it could just be the theatrical aspect that Tesla is going for.

Watching the video below, we can see the snake has an almost liquid metal finish, conjuring up Terminator imagery. It has a sinister, slow movement but it finds its home no worries. This technology could have wide-spread (excuse the pun) applications, hopefully not including proctology.

All kidding aside, this is yet another one of Tesla’s endeavours that could make charging hand-free and add significantly to the convenience of owning an electric vehicle. A lot of Silicon Valley’s success can be attributed to doing just that – bridging the gap between petrol and electric vehicles in terms of convenience.