Porsche has released a neat little video of the new 2012 Porsche 911 being driving hard at the Porsche Experience Centre in Silverstone, driven by chief driving consultant Gordon Robertson. 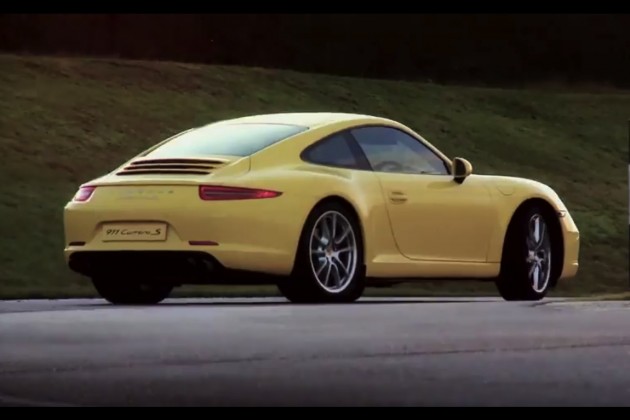 Robertson gives us a brief explanation of what the new model is made up of, including its new engines and transmissions, electro steering, and overall dimensions and other changes, but at the same time, expressing how it all comes together in true 911 fashion.

As a part of the overview, Robertson also gives us a demonstration of how this all comes together on the track by drifting it through various corners, and letting out that raw soundtrack only a flat-six Porsche could generate.

Click play on the video below to war, your taste buds.