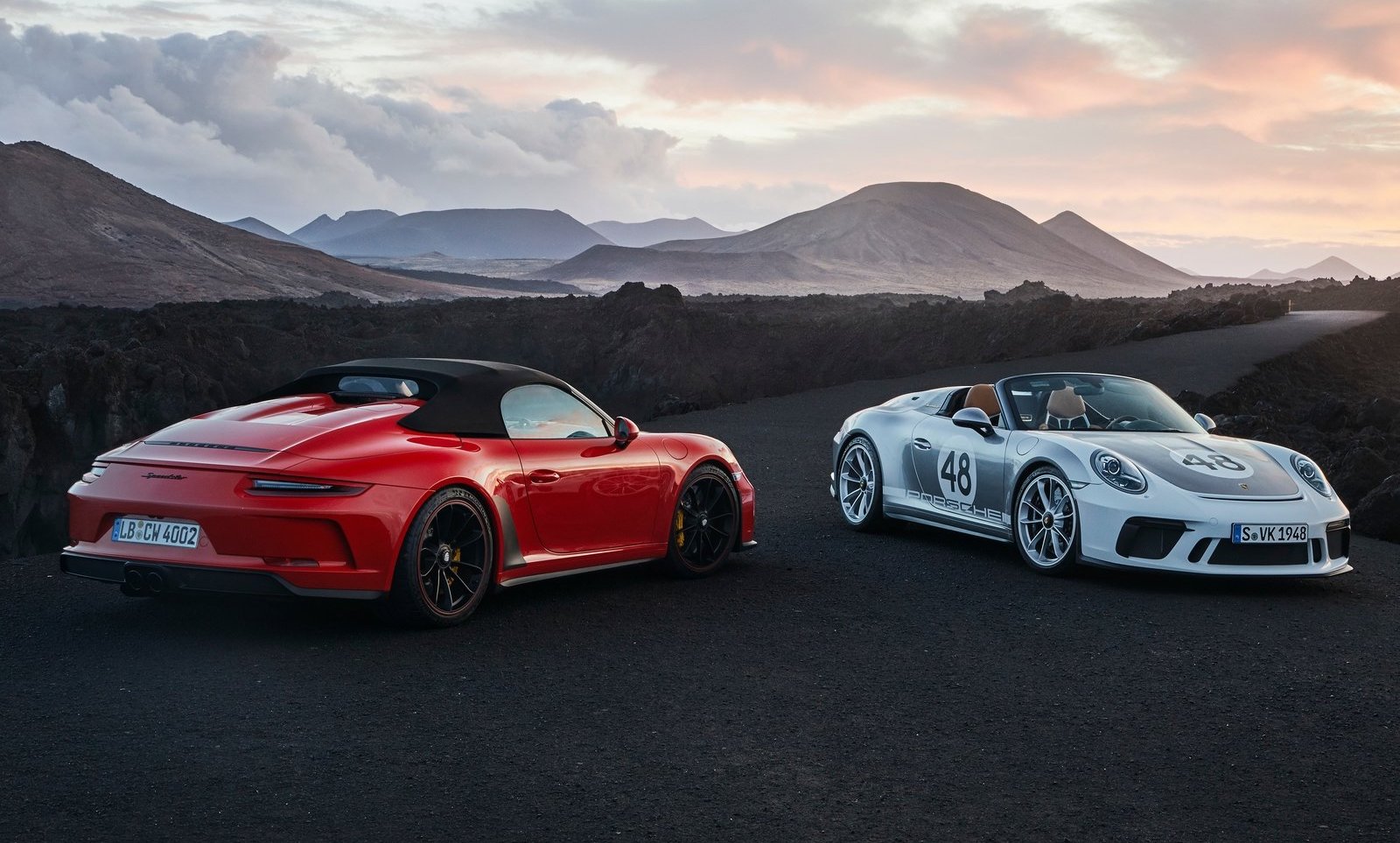 Production of the epic new 2020 Porsche 911 Speedster has kicked off at the company’s Zuffenhausen plant in Germany, with orders around the world (including in Australia) being taken as of now. 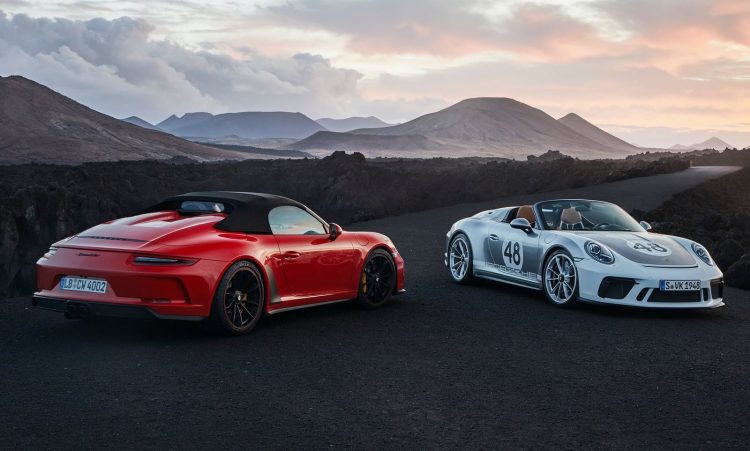 The new Speedster was revealed last month, coming in as a dedicated performance model developed by Porsche Motorsport division. It features a 4.0-litre naturally aspirated flat-six engine, taken from the GT3, producing 375kW at an ear-pinching 8400rpm, and 470Nm at 6250rpm.

If you wish, the engine can be revved right out to a 9000rpm redline for the ultimate aural experience. Porsche actually says the engine is slightly revised from the previous GT3 unit, with optimised spray patterns for the injectors and a modified intake system with individual throttle valves. These changes help to provide an extra 7kW over the 368kW GT3.

Across the tarmac the Speedster can run the 0-100km/h sprint in a claimed 4.0 seconds, with a flat-out top speed of 310km/h. Porsche is only offering a six-speed manual transmission with the car for the utmost in driver interaction, although there is an auto throttle-blip function for downshifts – which can also be switched off. 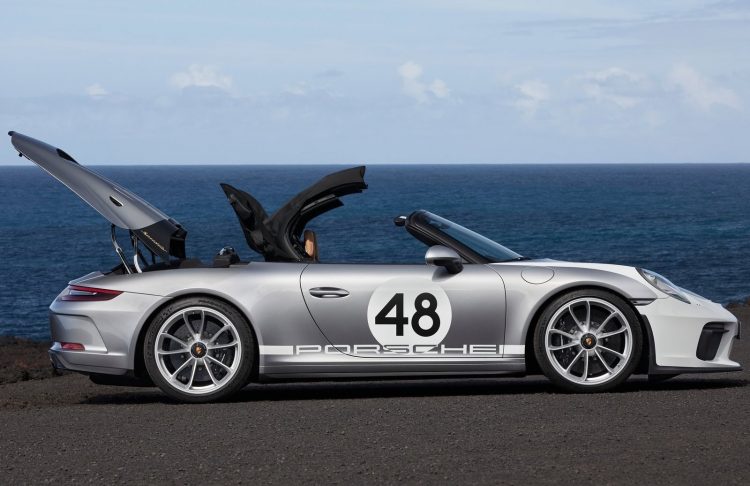 From there, power goes into a mechanical locking rear differential with asymmetric action. There’s also rear-axle steering and dynamic engine mounts, and the driveline adopts technologies from the GT3 and 911 R, including Porsche Torque Vectoring, and lowered sports suspension (by 25mm) with Porsche Active Suspension Management (PASM).

This is a very exclusive yet ultra high-tuned model, showcasing a range of high-tech lightweight components over the regular 911 convertible. For example, the bonnet is made from carbon fibre composite and weighs 2kg less than the bonnet on the GT3. The front spoiler is also unique, although the Speedster does adopt the front apron from the GT3. 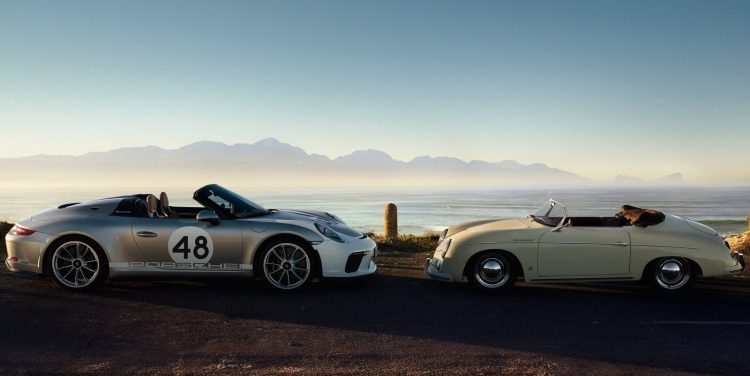 As for the roof, it’s a fabric manual-retracting item featuring a Z-shape mechanism which folds into a special compartment behind the front seats. It’s all covered up by a unique carbon fibre lid which is electronically unlocked and slides back slightly during retracting.

Porsche is planning to build just 1948 examples of the 2020 911 Speedster, paying tribute to the original 356 Roadster ‘No. 1’ from 1948. Porsche Australia has confirmed an allocation for the local market too, with prices starting from $604,800. Deliveries are scheduled to begin during the fourth quarter.