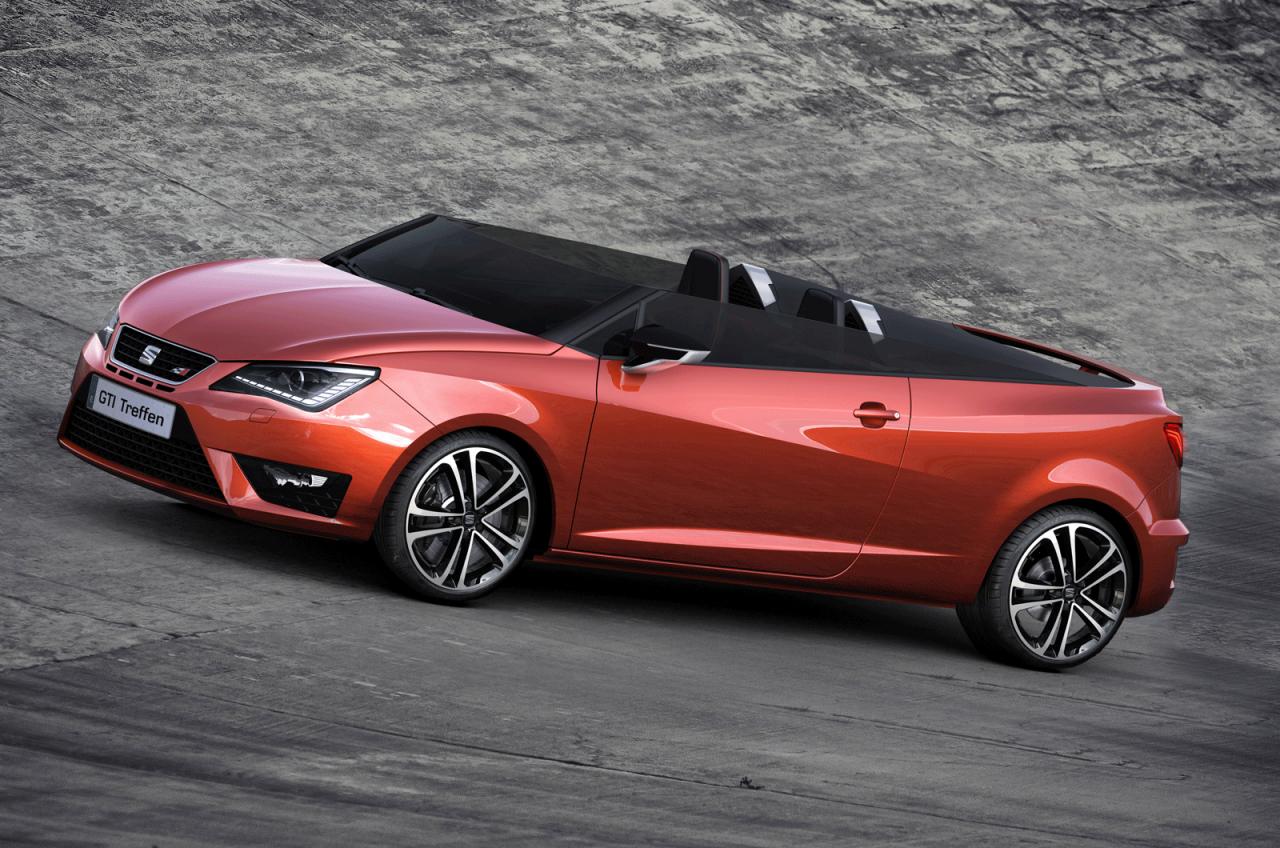 SEAT has revealed a unique concept car it plans to unveil at the upcoming Worthersee festival, based on the Ibiza. Called the Ibiza Cupster, it’s a flamboyant chop-top with no roof. 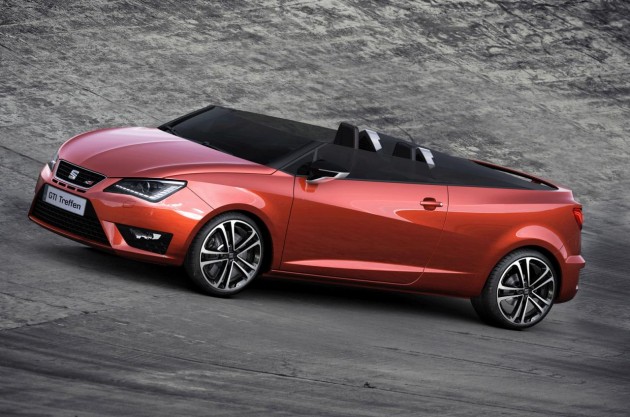 This year the SEAT Ibiza celebrates its 30th birthday, and to mark the occasion the Spanish Volkswagen-owned company wants to stand out with something dramatic.

As you can see the Cupster features a cool wrap-around set of windows, including chopped side windows and blacked-out A-pillars, as well as some funky chrome trimmings such as the side mirrors and roll over bars.

Around at the back there’s a blended in spoiler setup which also wraps around, while underneath is a central-outlet exhaust. It’s all finished off in an interesting bronze colour scheme with Cupra badging and machined-face alloy wheels. 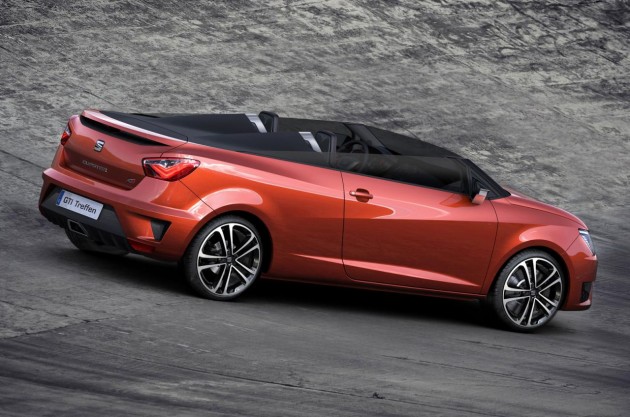 As for the under-bonnet stuff, we’re guessing it comes with the 1.4 TSI turbo four-cylinder that the regular Ibiza Cupra gets. The unit produces 132kW of power and 250Nm of torque.

This and plenty more will debut at the big event in Austria, which runs from May 28-31. Stay tuned for more.