Renault only revealed its new Formula One 1.6-litre turbo V6 engine it will use in next year’s F1 season just a few days ago. A video has now surfaced online giving us all a taste of what it will sound like. 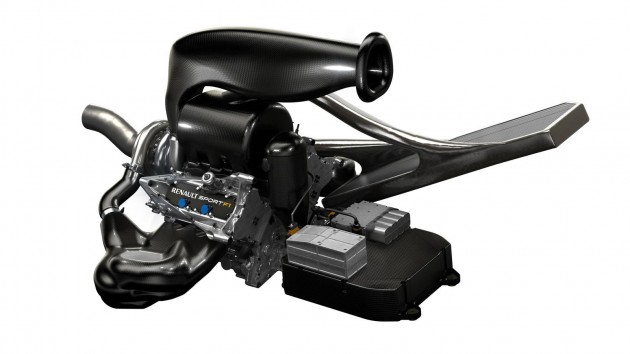 The 2014 F1 season will see a pretty big change as emissions and economy play more of a role in the sport than ever before. All teams will be using a 1.6-litre V6 turbo engine, as opposed to the current naturally aspirated V8s.

The new engines will sound noticeably different to the V8s, with a lower overall redline leaving for a lower pitch character. Fans of F1 sounds needn’t worry about the volume becoming too low though. Renault engine boss Rob White recently spoke about the sound of the V6, saying,

“The sound pressure level [volume] is lower and the nature of the sound reflects the new architecture. Fundamentally, the engine noise will still be loud. It will wake you from sleep, and circuit neighbours will still complain.”

Have a listen below, and feel free to tell us what you think in the comments section.