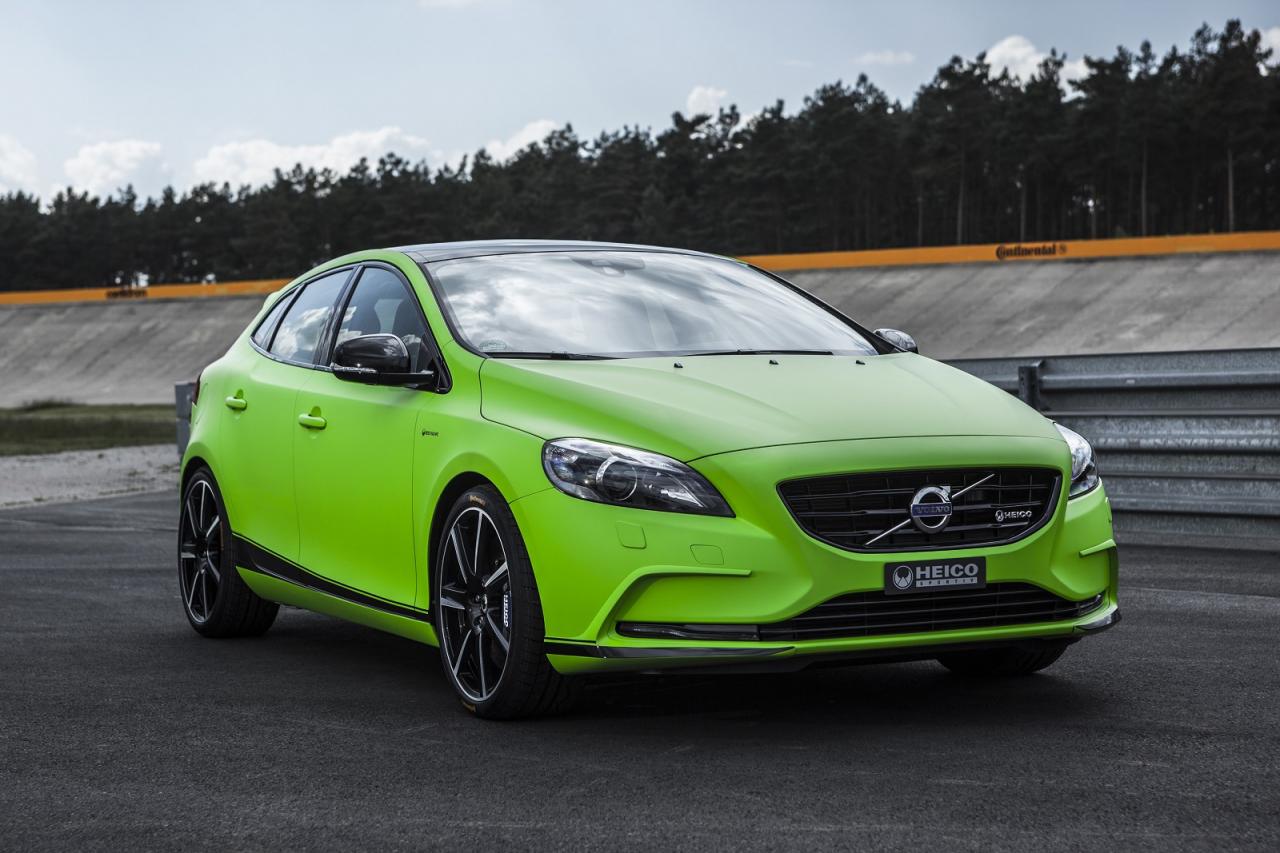 Renowned Volvo tuner Heico Sportiv has revealed its latest project, the Heico Sportiv Volvo V40 HPC. The package adds a lot of flamboyance to the sharp new V40, including an all-wheel drive system and a potent engine tune. 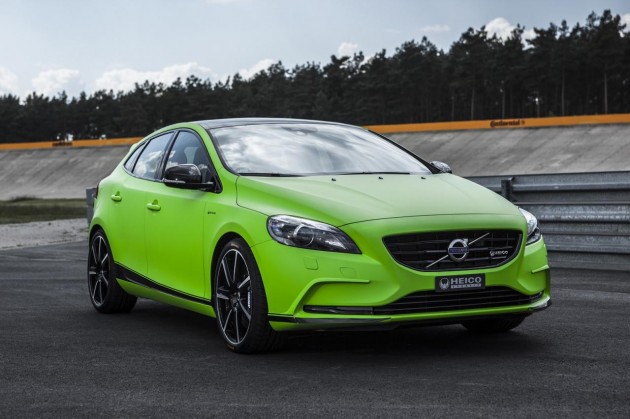 All V40s come with a front-wheel drive system, while the top-spec V40 T5 R-Design is powered by a 2.5-litre turbo five-cylinder producing up to 187kW. The HPC version, on the other hand, pushes well beyond that.

Thanks to a revised turbocharger, intercooler, and exhaust system, power is taken up to a super hot-hatch belting 235kW. Torque is also boosted, from 400Nm to a V8-like 510Nm.

Heico Sportiv says a water-ethanol injection system can also be fitted, taking power up to 257kW. The injection can be activated via a button in the centre console.

To make best use of all of that power, Heico Sportiv has based the project on the Volvo V40 Cross Country drivetrain, which utilises an all-wheel drive setup.

As a result, acceleration from 0-100km/h takes just 5.6 seconds, while the top speed is maxed at 265km/h. According to the tuning firm, this makes it “probably” the fastest and most powerful V40 around.

In other areas, the HPC kit comes with modified suspension, lowering the car by 30mm, and a set of 370mm front discs clamped by six-piston calipers.

Inside, the interior is given a bit of a makeover, with big hip-hugging bucket seats taking centre stage. There’s also a sports steering wheel based on the standard R-Design item, bespoke paddle shifters, and splashes of Alcantara and green stitching throughout.

Although the HPC kit is only a concept for the time being, all of the parts and accessories are expected to become available from Heico Sportiv in the very near future.