A completely electric 1981 Chevrolet Camaro has just ripped down a quarter mile in just 10.08 seconds at 127mph (204.5km/h). Team Haiyin EV Racing and the electric Camaro just missed out on the electric car drag world record which is currently held by a Volkswagen Beetle named Black Current. The black Beetle has run a 9.51-second pass. 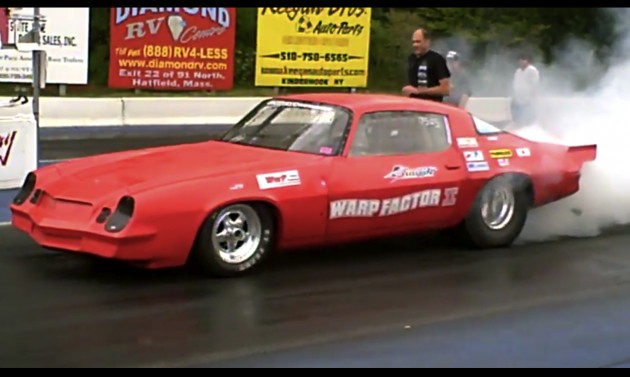 It’s funny to watch as the Team Haiyin EV Racing Camaro makes the run, it looks like a big traditional dragster that typically would use a highly powerful, and very loud, V8 engine. But no, the EV Racing Camaro just silently tears down the track. It’s quite strange to watch.

The electric Camaro is powered by a lithium polymer battery pack consisting of Nano-Tech Lipo Cells built with 14P – 5AH 3.7v cells. The total voltage is 220v at 70AH, while the maximum amperage is 6300-amp bursts and 3150 amps of continuous power.

Some of the Camaro’s technical running gear details include:

You can watch the full run below which was completed at Lebanon Valley Dragway, NY. The green age is taking over.