A Honda CR-V has flipped spectacularly during a drive day at the Nurburgring in Germany. It is understood the driver and passenger were injured, but are okay. 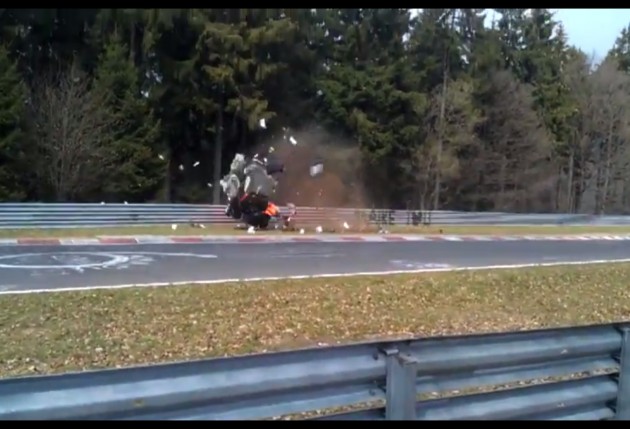 The Nurburgring is considered to be one of the most dangerous circuits in the world. It’s just over 20km long, making it the longest, and it features a huge variety of corners, cambers, and bumps and dips. It’s also quite narrow, and can easily catch drivers out.

In the case of this Honda CR-V crash, the driver simply comes into the corner carrying a little too much speed. The CR-V then goes into a drift – not really what you want in a standard SUV – and ‘high-sided’ upon correction.

The driver appears to have over-corrected it a bit too much, but maintaining a slide in an SUV is always going to be difficult, especially in one that is not setup for performance driving – evident by the groceries (?) that are flung from the rear as the vehicle is torn apart.

If you’re going to take your vehicle to the track, it’s always good to be prepared. Know the limits of your car, and make sure you are familiar with the track before attempting heated laps.

Click play on the video below to see the Honda CR-V crash as it happened.