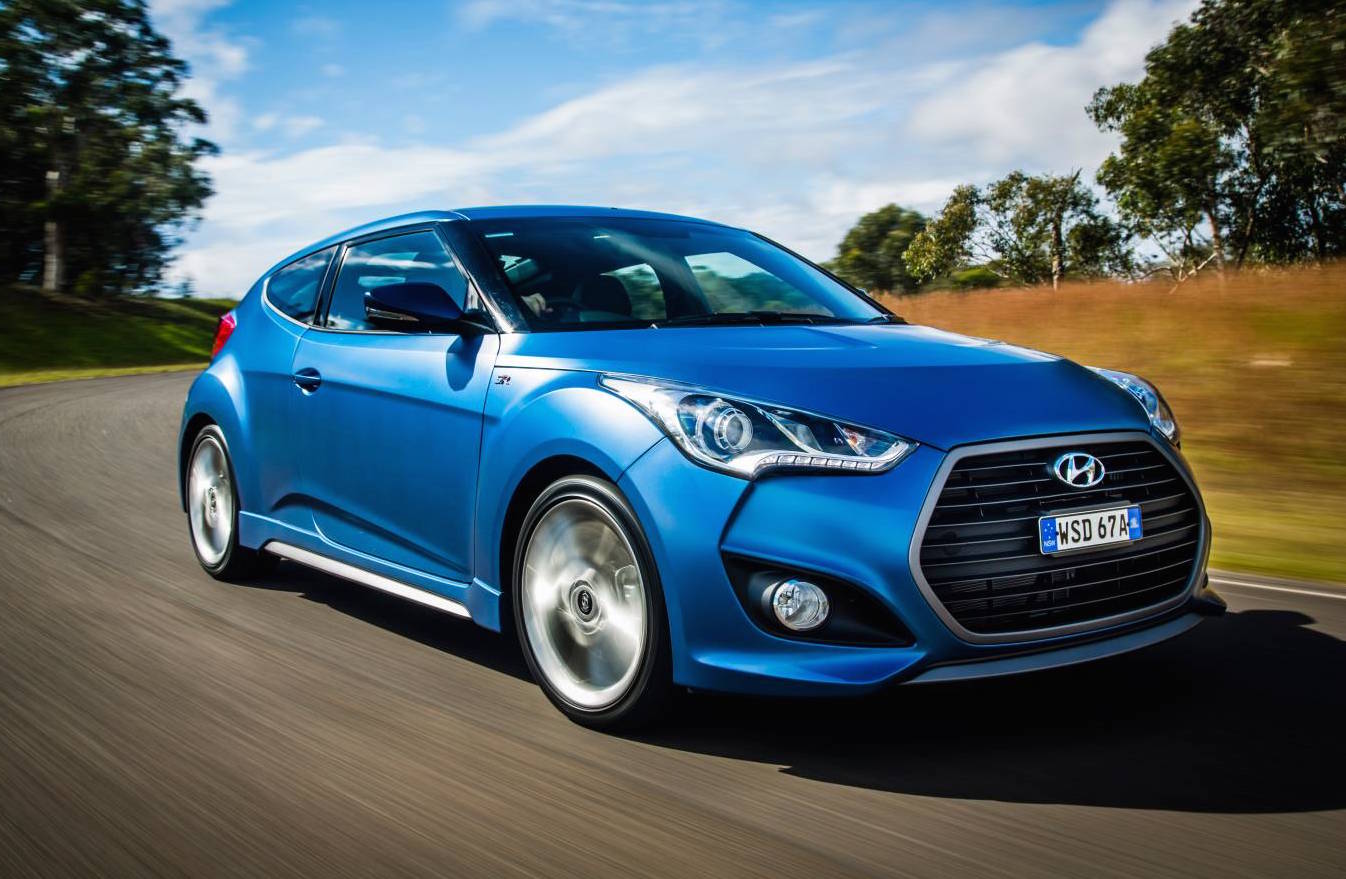 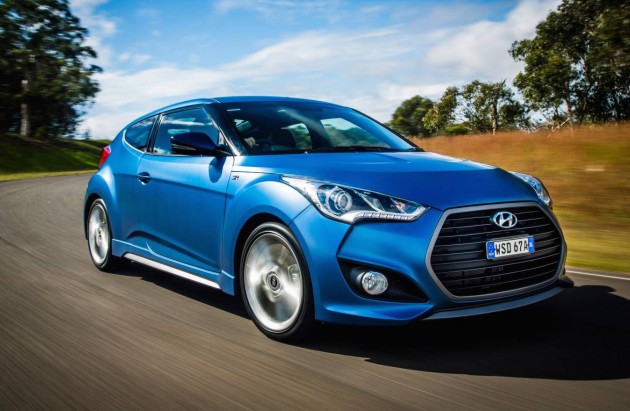 There are four variants available this time around, spanning from the Veloster, Veloster +, Veloster SR Turbo, to the flagship SR Turbo +. All get new, wider tyres measuring 225/40, mounted on 18-inch alloy wheels.

Engineers worked hard in Australia to refined the suspension tune for the new model, which included going through 49 different suspension combinations. The result is a reduction in front stabiliser bar thicknesses, from 24mm to 21mm in the non-turbo models and 24mm to 22mm in the SR Turbo, to allow for more independent front wheel movement.

Meanwhile, front spring rates have gone up from 2.6 to 2.7 to compensate for the stabiliser change, and the dampers have been fine-tuned for improved low-speed operation. The electric steering system has also been overhauled, getting a 32-bit processor instead of the outgoing 16-bit arrangement. The SR Turbo + version provides the driver with three steering modes as well.

Inside, the top-end SR Turbo + comes with ventilated and heated front seats with colour accents, while both SR Turbo versions get a special new sports instrument cluster. All models feature a 7.0-inch LCD touch-screen interface and a rear-view camera as standard, with four-sensor parking assistance. The Veloster + adds sat-nav, leather, a panoramic glass roof and climate control. 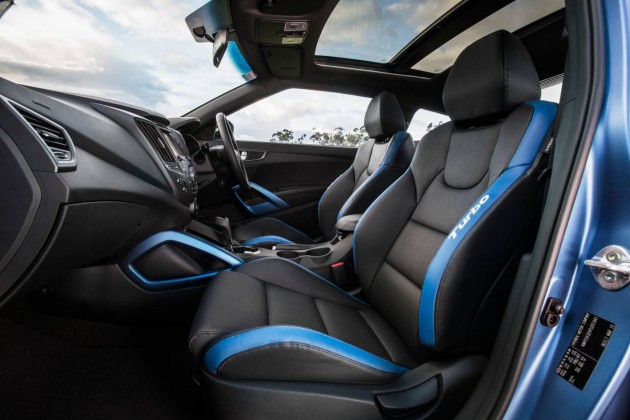