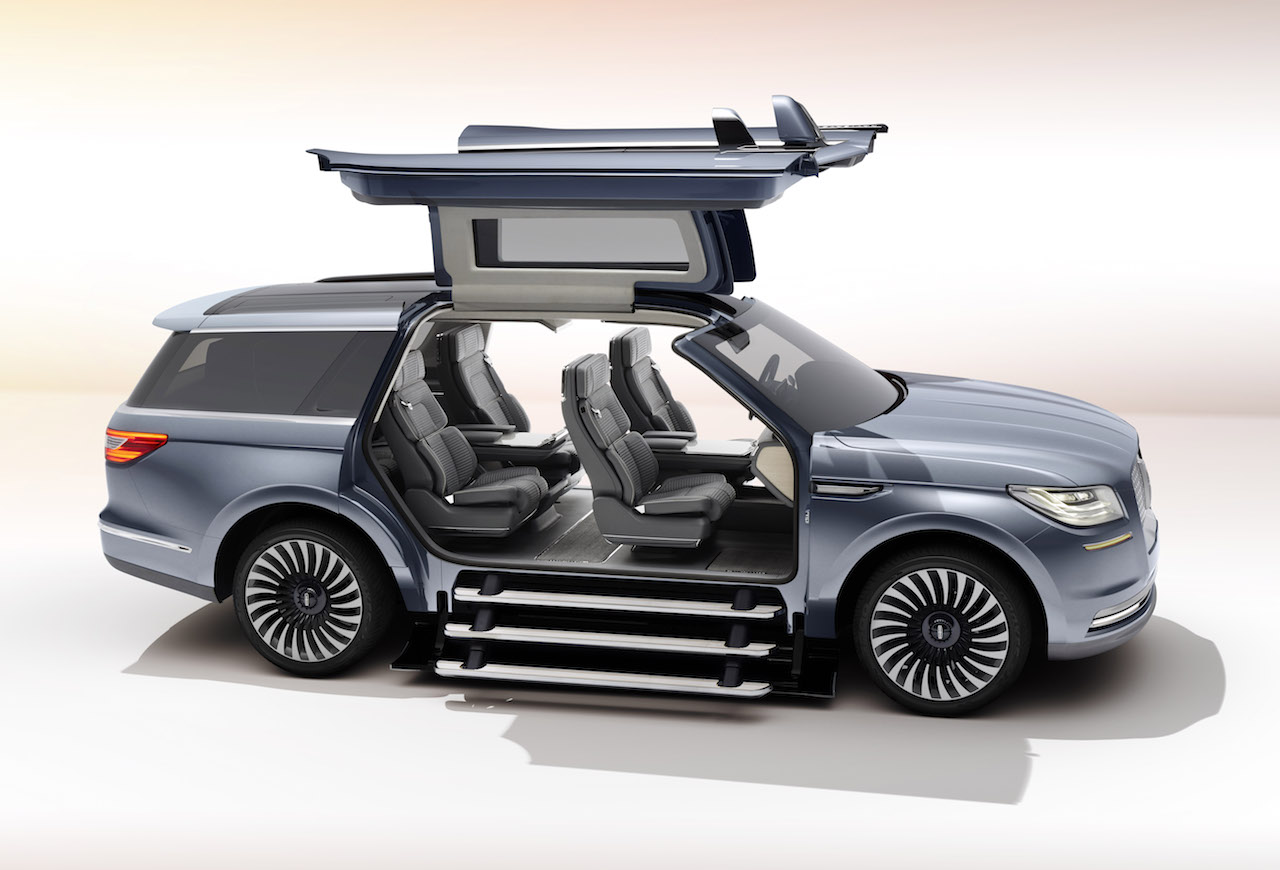 Gangsters and high rollers, your new ride has arrived. This is the Lincoln Navigator concept, also known as the biggest and blingiest SUV the company has ever made. 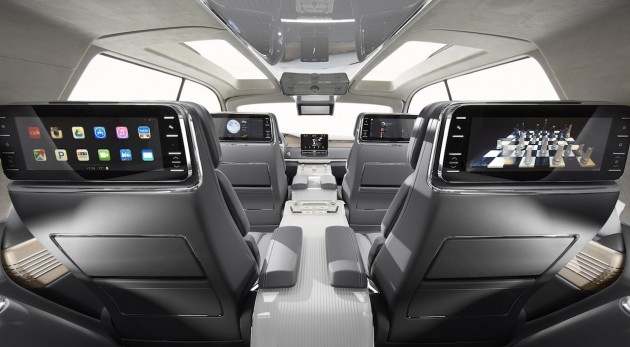 The Navigator is the Ford-owned company’s largest luxury SUV, and this concept previews the next-gen model which is set to arrive on the market in the US next year. We’re not sure if all of the highlights of this concept will carry across to the production version, but we certainly hope so.

So, the important bits. It features 24-inch alloy wheels which should suffice for most luxury SUV buyers, as well as no less than five wide-screen LCD screens inside, four cameras, a wardrobe, insane power-operated gullwing doors, and of course a set of concertina stairs that automatically deploy to mark your arrival.

Occupants are treated to “Perfect Position” seats, six of them, which can each be adjusted in 30 ways. These promise the ultimate support for all shapes and sizes, and come with special adjustable thigh support pillows.

Each passenger gets their own touch-screen tablet to play with, with on-board Wi-Fi connectivity providing internet access. The screens can seamlessly connect to personal devices and interact just like a tablet. 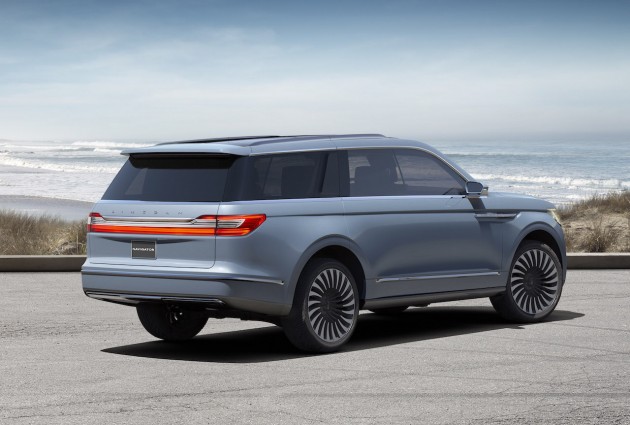 Lincoln says its design team took inspiration from luxury boats and yachts (obviously), with clean straight lines, lots of classy trimmings and chrome detail, and about as much cabin space as a first-class motor yacht.

In the engine bay is a 3.5-litre twin-turbo EcoBoost V6 churning out over 300kW. Performance figures haven’t been mentioned, but we’re sure it would provide lovely forward thrust.

The concept has just made its debut at the 2016 New York Auto Show. It is just a concept at this stage but it will inspire the next road-going version, and we suspect mainly in design.