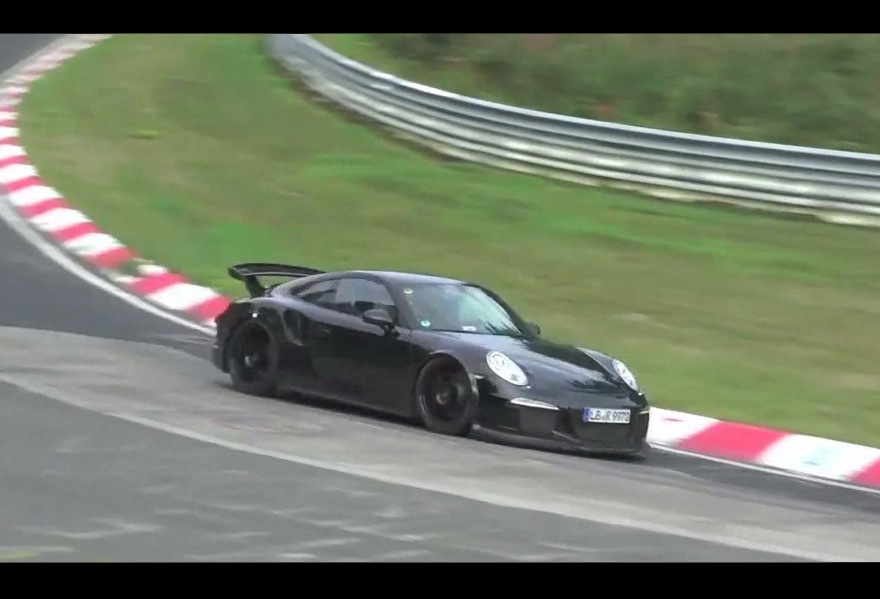 Porsche has been spotted testing a prototype version of the all-new 991 2014 Porsche 911 GT2. It’s set to be the quickest road-going 911 ever, aside from the 441kW GT1 limited edition. 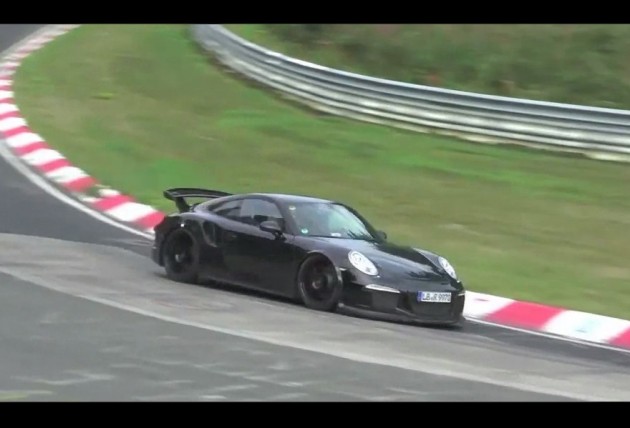 Little details have been revealed about the 991 version at this stage. It is expected to be powered by a tweaked version of the 911 Turbo’s 3.8-litre twin-turbo flat-six though, which produces 412kW in Turbo S form.

Telltale signs that this prototype, recently seen being pounded around the Nurburgring, is the GT2 include a huge rear wing to improve rear end traction, deep side intakes behind the doors for the engine, and an aggressive front bumper bar with large intakes and a sharp lower lip spoiler.

As you can see, the car looks insanely quick out on the track, especially around corners. It just grips and slingshots around, while the relentless engine just pulls and pulls.

Like the outgoing GT2, the 991 version will adopt a rear-wheel drive layout and feature a stripped out interior for weight reduction. It will be like a GT3 only with a more potent turbo engine.

It’s unknown if the GT2 will adopt Porsche’s new rear-wheel steering system, however, given the Turbo and GT3 feature it, it is expected to be a likely direction. By the sounds of it, a dual-clutch auto is also likely.

All will be revealed next year. In the meantime, click play on the video below for a preview of the new beast, provided by AutoEvolution YouTube channel.