The stunning Aston Martin V12 Zagato has just been confirmed for production on Aston Martin’s website. The website lists the model as part of the showroom lineup, but says, “only a strictly limited run of road going cars will be built”. Meanwhile, the company recently told UK auto publication, Autocar, that this was not the case, saying “we’ll be sending out an official press release within a couple of weeks.” 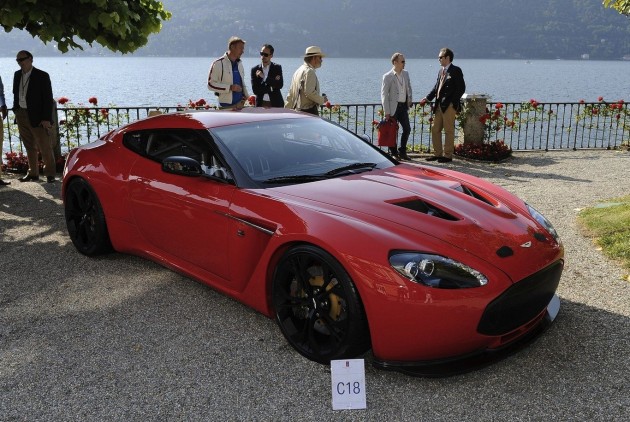 We hope Aston Martin does produce the car, imagine seeing one on the street. Obviously there’s going to be very little chance the V12 Zagato will be sold Down Under if it does go on sale, but still, it has to be one of the most beautiful modern cars around? It would be a shame not to see at least a handful of people enjoying one.

Everything from the helmet-like cabin structure and windscreen layout, to the large heat-extracting cut-aways behind the front wheels, to the exquisitely curved rear end with prominent haunches and twin straight-pipe mufflers exiting underneath; it’s all quite breathtaking.

It’s not just a pretty picture either. The Aston Martin V12 Zagato competed in this year’s Nurburgring 24 Hour endurance race last weekend. Under the bonnet sits an Aston Martin 6.0-litre V12 engine bellowing out 380kW of power and 570Nm of torque. The unit the spins power into a rear-mounted six-speed sequential gearbox made up of carbon fibre components.

Have a listen to the engine in the video below. It’s an incredible V12 soundtrack. If, somehow, you could manufacture the absolute perfect sound of a V12 on a computer program or something, the V12 Zagato would be that sound. There’s no other way to describe it.