Nissan has been spotted testing a couple of peculiar Nissan GT-R prototypes out on the Nurburgring in Germany. A model update isn’t expected for at least a year, so it’s unclear what Nissan is up to here. 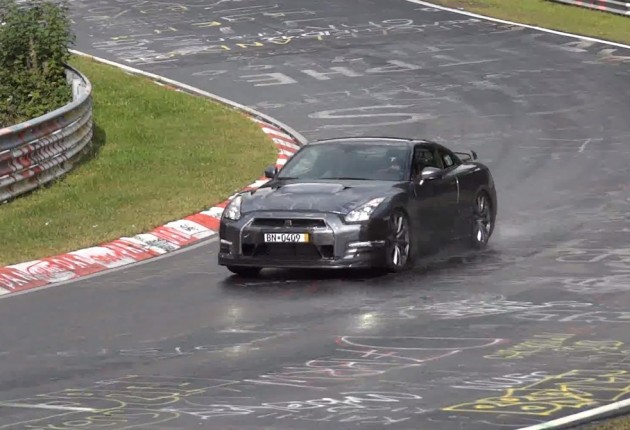 The two prototypes could be test beds for the 2014 model GT-R. Nissan has been releasing facelifts pretty much every year since the R35 was launched in 2008. Along the way we’ve seen power grow from 357kW to the current 2012 model‘s 404kW rating.

For the 2014 model there has been talk of Nissan redeveloping the suspension, including working in some reinforcements into the chassis and suspension connection points to increase overall rigidity. These changes would of course make the GT-R quicker than it already is. 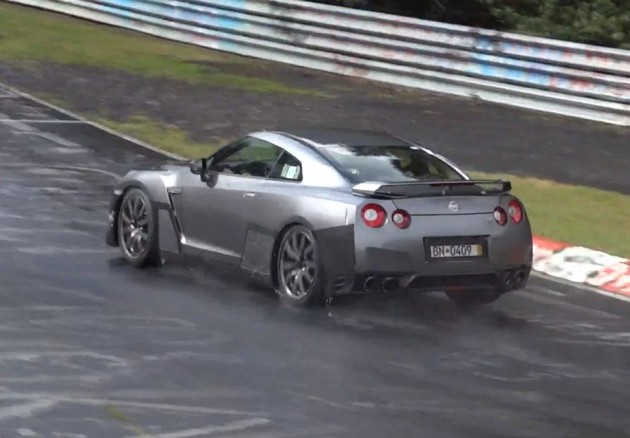 Although there hasn’t been word of any major engine power changes at this stage, the 3.8-litre twin-turbo V6 for the 2014 model is said to receive a retune to make better use of the power and torque, and to spread the outputs out further through the rev range. This would help increase driveability and improve the ballistic supercar’s throttle response.

According to the North American GT-R Owners Club, the 2014 Nissan GT-R might crack 0-100km/h in just 2.7 seconds, down from the current and already ridiculous 2.8 seconds.

Alternatively, these prototypes could simply be in-house test vehicles for Nissan to further hone and perfect parts for the future. The company might also be planning a new ‘track pack’ for the current model.

Click play on the video below, courtesy of FastSportsCarDriver YouTube channel, to see the prototypes being flung around the famous circuit.

As you can see, one of the vehicles features camouflaging material on certain parts of the body. This suggests some styling/aero tweaks might also be in the works.