Red Bull Racing’s Sebastian Vettel has taken over the Formula 1 championship lead after winning the 2012 Korean Grand Prix; his third victory from as many races. 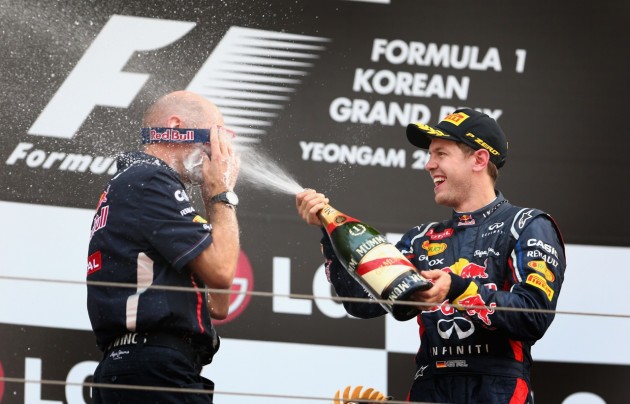 After the Red Bull Racing duo both started on the front row, Vettel got the better jump when the lights went out and raced in front of pole-sitting Webber. 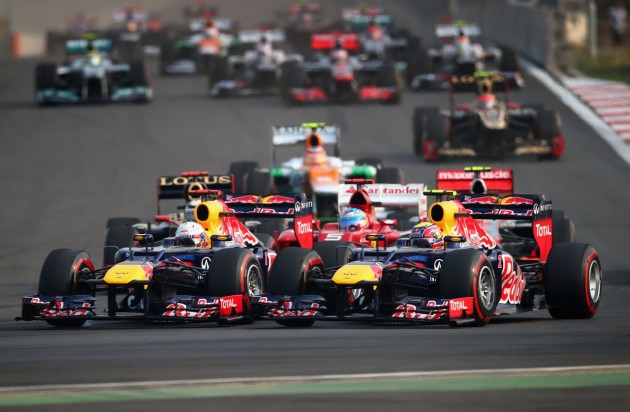 It was all too easy for Vettel for most of the race, until the closing laps when he started reporting that one of his tyres was severely worn. But the rubber stayed strong for him to cross the line over eight seconds ahead of Webber who set the fastest lap of the race on the penultimate one.

Alonso’s teammate Felipe Massa continued his return to form with a fourth placing with Lotus driver Kimi Raikkonen a lot further down the road in fifth.

Force India driver Nico Hulkenburg was sixth ahead of Lotus pilot Romain Grosjean, followed by the Toro Rosso pairing of Jean Eric-Vergne and Australian Daniel Ricciardo. The eighth placing for Ricciardo was his third points-earning finish (top 10) in a row and fourth in the last five grand prix.

McLaren driver Lewis Hamilton managed to salvage a single point in 10th after struggling for pace all grand prix.

It was an even worse day for teammate Jenson Button who was taken out by Sauber driver Kamui Kobayashi on the first lap of the race.

Mercedes driver Nico Rosberg didn’t make a complete lap of the Korean International Circuit either. Teammate Michael Schumacher came away with no points as well after finishing 13th.

The next race on the F1 calendar will be the Indian Grand Prix on the 28th of October.