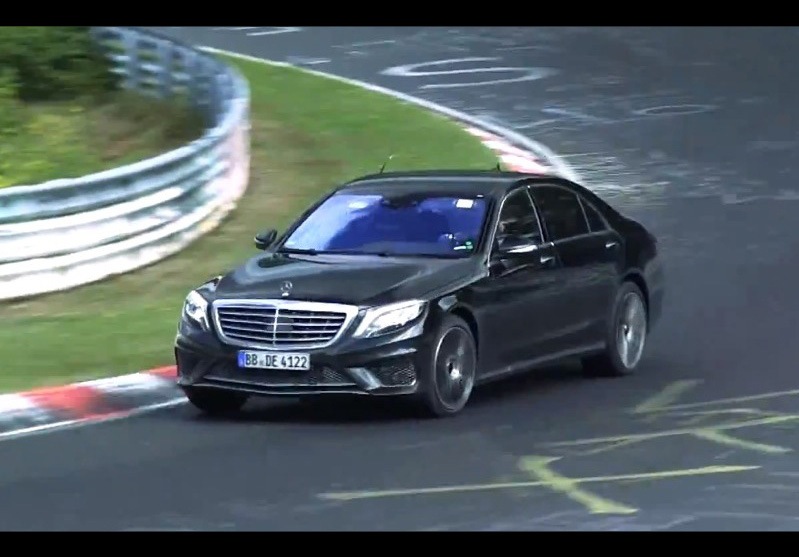 Mercedes-Benz has been spotted test driving a prototype version of the new 2014 monster S 65 AMG around the Nurburgring in Germany. It’s set to be the most powerful S-Class ever. 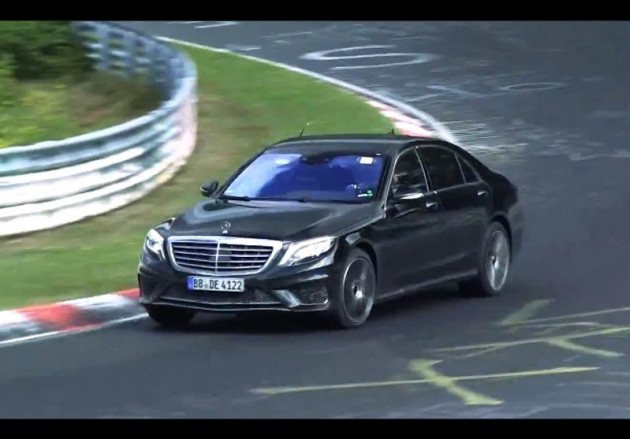 Although official specs are yet to be released, word has it the new S 65 will feature a 6.0-litre twin-turbo V12 producing more than the almighty 463kW and 1000Nm offered in the outgoing version.

As you can hear in the video below, provided by TouriClips YouTube channel, the manic sedan gives off a brutal thrust sound. Seeing the big limousine being thrown from corner to corner is also quite a sight.

It’s understood the revised V12 will be matched to a seven-speed MCT dual-clutch transmission. It’s possible the new model will become at least optional with an all-wheel drive system to harness some of the engine’s force.

All is expected to be revealed in the coming months, before hitting the market early next year.