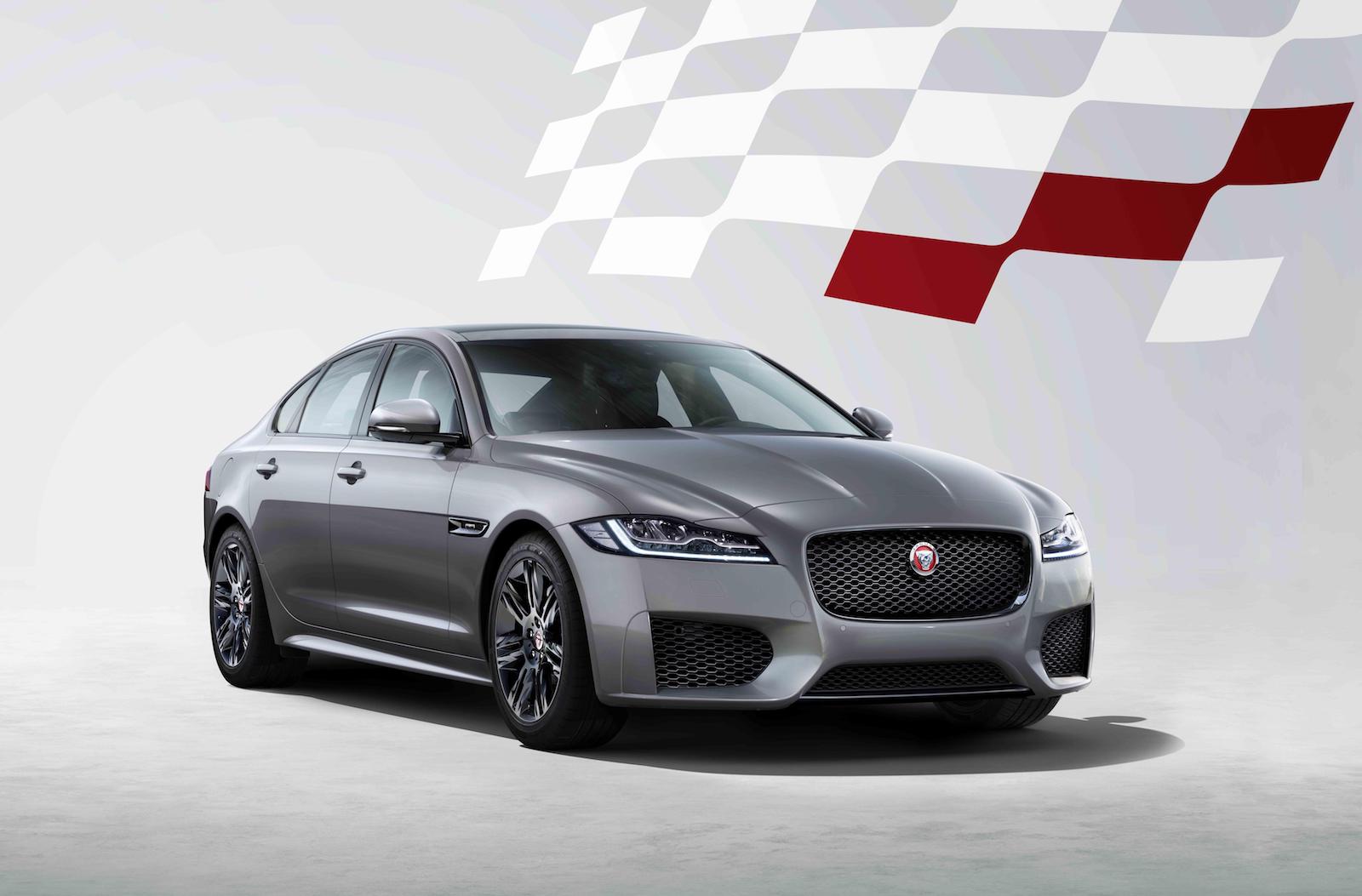 Jaguar is launching special ‘Chequered Flag’ editions of the XF to help celebrate the arrival of the MY2020 range. They come with unique trimmings and some of the otherwise-optional premium features. 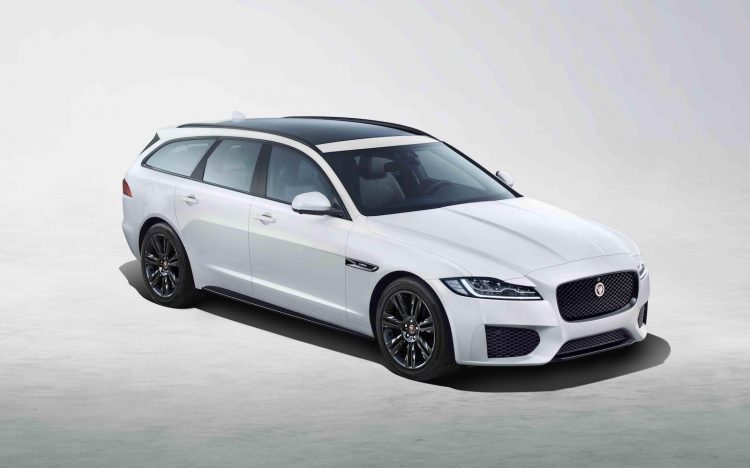 The company is launching the XF Chequered Flag edition in three powertrain forms, including with the 184kW 2.0-litre turbo-petrol four-cylinder, the 221kW version of that, and the 132kW 2.0-litre turbo-diesel. All models are rear-wheel drive and come connected to an eight-speed automatic transmission.

So, what goodies do you get? On the outside there’s some special badges for the side vents, along with a sportier front bumper bar, the full Black Pack, and 18-inch ‘Chalice’ alloy wheels in gloss black. Buyers also get to choose from just three exterior colours; Eiger Grey, Santorini Black, and Yulong White.

Inside, passengers are pampered with all of the usual luxuries you’d expect in a high-end large luxury car. However, the Chequered Flag edition adds Dark Hex aluminium trimming for the instrument cluster, the R-Sport full leather upholstery, along with a choice of jet and jet or jet and red colour combinations and stitching. 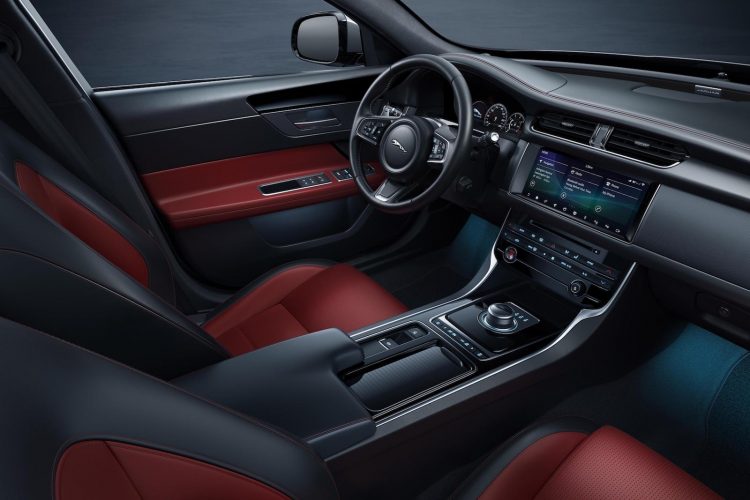 Jaguar has also selected a range of some of the most popular optional items and fitted them as standard, including the Navigation Pro with InControl Connect Pro media interface, and the 12.3-inch Interactive Driver Display digital instrument cluster.

As part of the MY2020 rollout, the XF comes with a new Smartphone pack which features Apple CarPlay and Android Auto connectivity standard for all models. This is paired in with the 10-inch touch-screen interface.