The new 2013 Hyundai Veloster Turbo has been revealed just prior to its 2012 North American International Auto Show unveiling in Detroit. The turbocharged version will make its way to Australia some time after mid-2012. 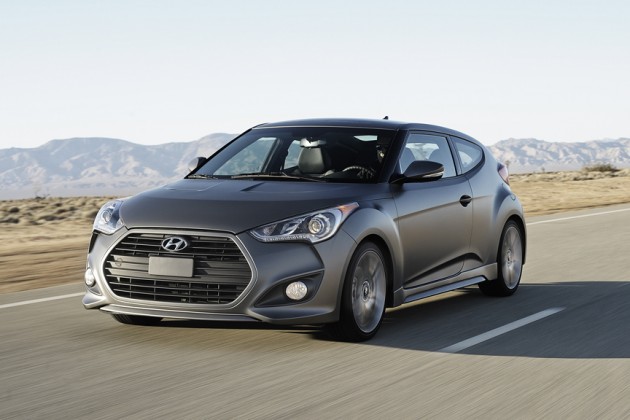 It features a 1.6-litre turbocharged GDI four-cylinder engine producing 152kW of power and 265Nm of torque. The engine features variable valve timing on inlet and outlet cams, and direct injection. Acceleration times for 0-100km/h are yet to be finalised.

The engine is backed up by a either a six-speed manual, or a new six-speed dual-clutch automatic option. Other mechanical highlights include a fresh exhaust system promising to give off a sporty note, and a revised steering rack for improved feel.

On the outside, the 2013 Hyundai Veloster Turbo gets a restyled body complete with side skirts and front and rear spoilers. The Turbo also gets LED daytime running lights, a set of 18-inch alloy wheels, and a cool matt grey exterior colour. 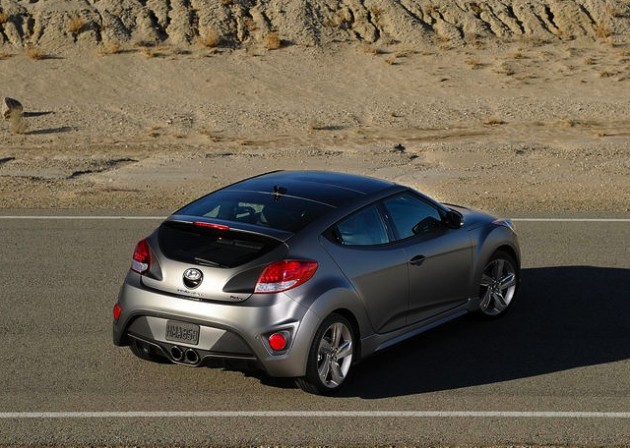 From the back, it’s obvious the Turbo is looking to make a statement in the hot hatch market. It’s fat, featuring twin central-mounted exhausts, and pumped rear wheel arches, and also sleek and swooping in design.

The normal Hyundai Veloster is set to hit Australia shores in February. Stay tuned for a full review in the future.