Lexus will unveil a new Lexus hybrid coupe concept vehicle at the 2012 Australian International Motor Show in October. It will be a global first for the concept, showcasing advanced materials and a powerful all-wheel drive hybrid powertrain. 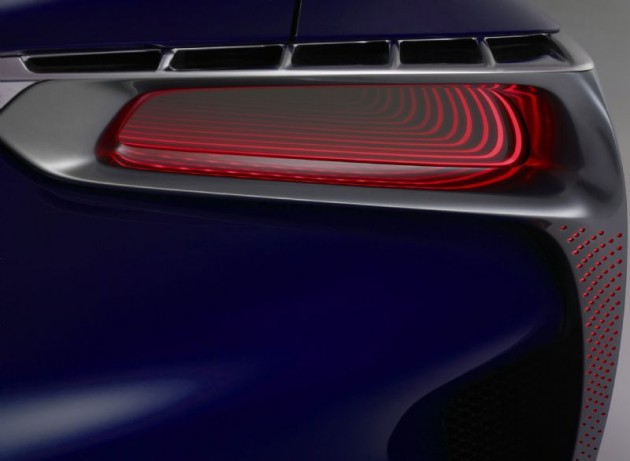 The concept will be an extension and further development on the Lexus LF-LC concept which debuted earlier this year at the Detroit Auto Show, providing inspiration and technology for supercars of the future

Lexus hasn’t revealed much at this stage, only one teaser image (above) previewing what appears to be a taillight. The company has said it will feature all-wheel drive running gear, and, using a hybrid combustion and electric motor system, produce over 370kW of power.

Tony Cramb, Lexus chief executive, is looking forward to the unveiling, recently saying, “We’ve pulled out all stops this year to secure a world first for Australia.”

As far as the styling goes for the new concept, it’s expected to show off dramatic design elements that are also in tune with the company’s latest and future aesthetic philosophy. Cramb said,

“The Lexus concept is an absolutely stunning vehicle and is set to be one of the drawcards of the show. The concept will highlight Lexus’ design and engineering expertise – marrying design with function to deliver a glimpse into the future of supercars.”

We look forward to bringing you all the coverage on this and many other vehicles from the show. It all starts October 18 and runs until October 28.