A McLaren P1 prototype has been spotted by a Ferrari 458 Spider driver, no less, out on the streets undergoing road tests. The new hypercar is unfinished, however, you do get to hear some engine sounds. 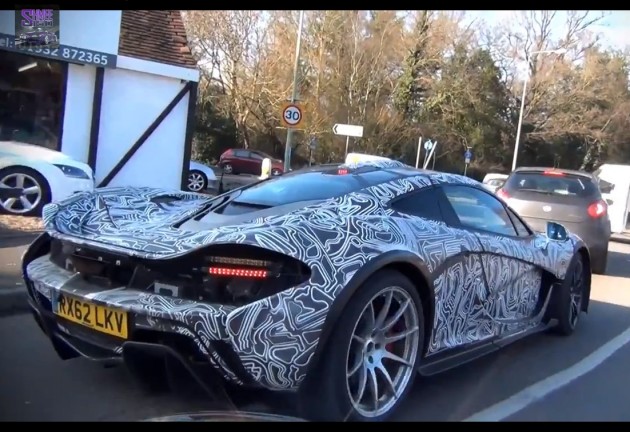 As revealed just a couple of days ago, the new P1 will come with a very high-powered hybrid powertrain. It consists of a 3.8-litre twin-turbo V8 and a complex electric motor system, with a combined output of 674kW and 900Nm.

Judging by the video below, the McLaren P1 is almost ready for production. Some panels seem to be missing on the back of this prototype though, which may have been removed for disguise purposes. The full car will debut at next month’s Geneva Motor Show. It’s set to be one of the world’s fastest and most advanced supercars around.

Another P1 prototype video has just hit the online world, giving us a more decent taste of the P1’s engine sound. See below.