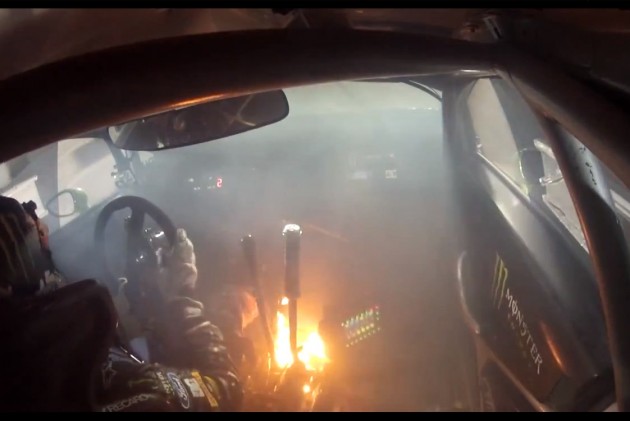 Block was in the lead at the time before smoke started accumulating near the gear lever and centre console area. The smoke soon turned into flames, however, it didn’t seem to faze Block at first.

Block kept driving and leading the race with flames touching his leg until he could take no more. He retired from the Global Rally Cross SEMA event short of the finish line.

Usually, if there’s a fire inside your car, it’s always best practice to get out as soon and safely as possible… unless you’re winning of course.

Click play below to take a look how it happened.