A video has been released previewing the new 2013 Hennessey Venom GT Spyder on the dyno. The car has been ordered by Aerosmith lead singer Steven Tyler. 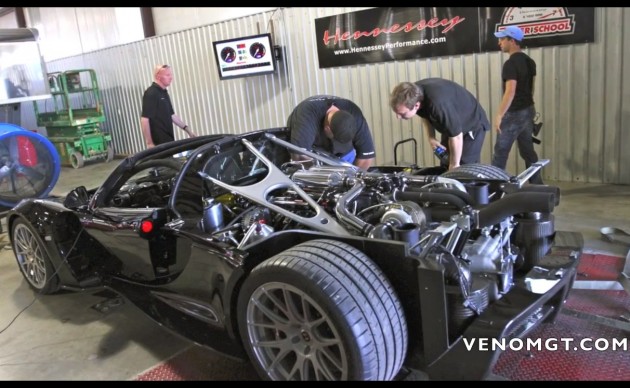 As for the performance and speed, company founder John Henessessy apparently said to a US publication, “Veyron Grand Sport Vitesse is NOT the fastest open top car in the world… The Venom GT Spyder is and we will prove it in the near future. Bugatti can kiss my ass.”

By the looks of the car’s potential in the video below, it might just be faster than the mega Veyron Grand Sport Vitesse. We’ll keep you updated on official recordings.

Pricing for the insane supercar starts at an equally insane US$1.1 million. Hennessey plans to build five of them.