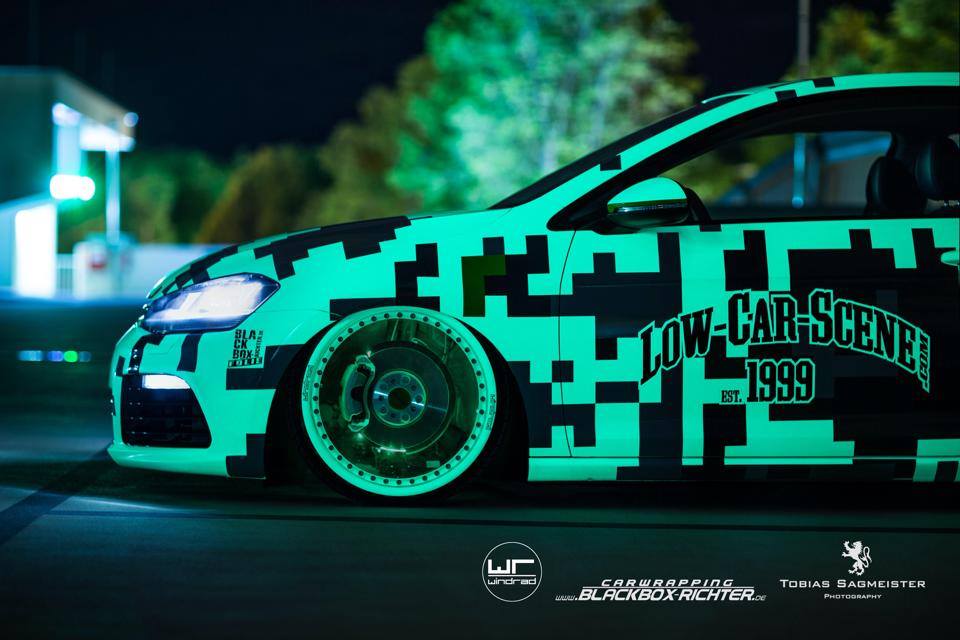 A modified Volkswagen Golf called Light Tron 2.0 has been revealed, showcasing some insights into the future of aftermarket enhancing. It features an outrageous paint job and transparent wheels. 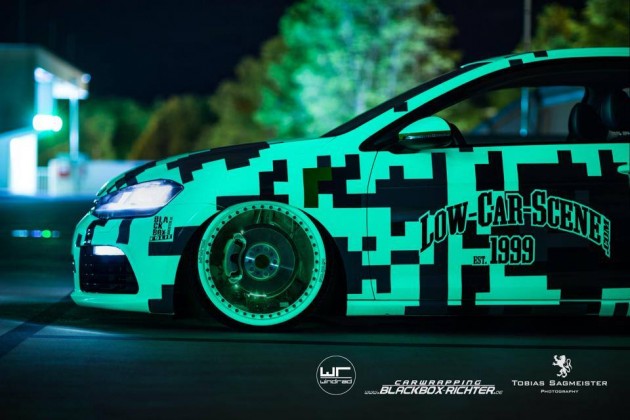 It looks a little bit bonkers on first impressions. The unconventional florescent colour scheme is the work of BlackBox-Richter Car-Wrapping. It comprises of a pixelated pattern which lights up peppermint green and black at night.

The wheels are quite fascinating too. They’re one of the first transparent designs to come about, made with a thick circular disc of plexiglass which is bolted to the hub on the inside and to the outer rim on the outside. 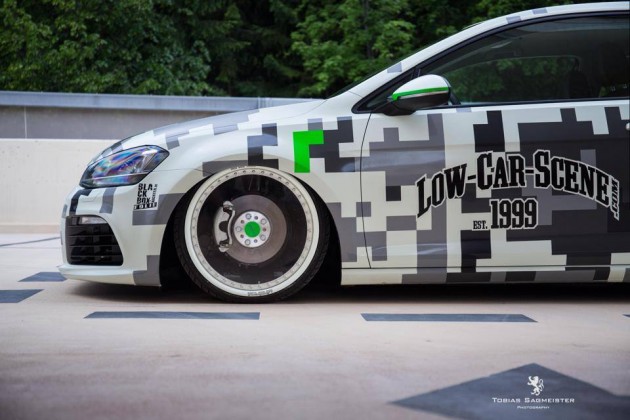 It’s unknown just how strong or legal the design is, but one thing is certain, they look extremely cool. It’s always nice to see some exposed multi-piston brakes. With these wheels you can see the entire disc and caliper.

Aside from the crazy paint and unusual wheels, the Golf is said to be fairly standard. It looks like it has a bodykit inspired by the Golf R, and the car has lowered suspension, obviously.

The funky project will make its debut at the 2014 Worthersee festival, running from May 28-31.