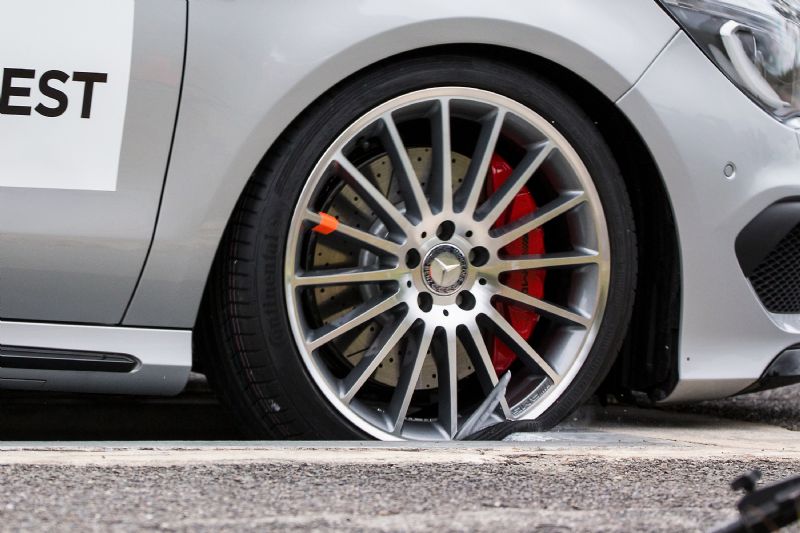 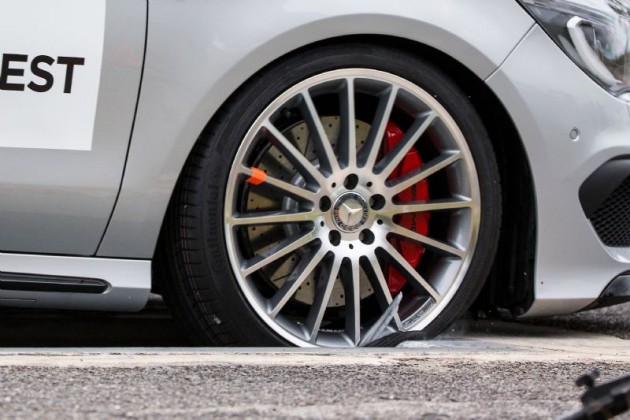 The two companies used Holden’s Lang Lang Proving Ground for the testing, with a Holden test driver behind the wheel. A Mercedes-Benz CLA 45 AMG Shooting Brake was used. The test involved driving through a pothole at precisely 50km/h.

For the test, imitation 19×8.0-inch Mercedes-AMG wheels were used, along with the genuine parts. The fake wheels had an offset of 43mm, which was 5mm less than the genuine items, however, engineers from both companies agreed this alone would not affect testing results.

Alarmingly, the fake wheels broke apart upon impacting the pothole, both at the spoke and during impacts between the spokes. Meanwhile, the genuine wheels showed no sign of damage at both areas, according to the results. Federal Chamber of Automotive Industries chief executive Tony Weber said,

“The genuine wheels performed safely under the same test and didn’t receive any visible damage while the fake wheels disintegrated at just 50km/h. This is the speed limit for residential areas in most parts of Australia.”

Weber also said that making matters worse, the pieces of wheel that broke off were flung into the air landing several metres away, posing some degree of risk to potential pedestrians. 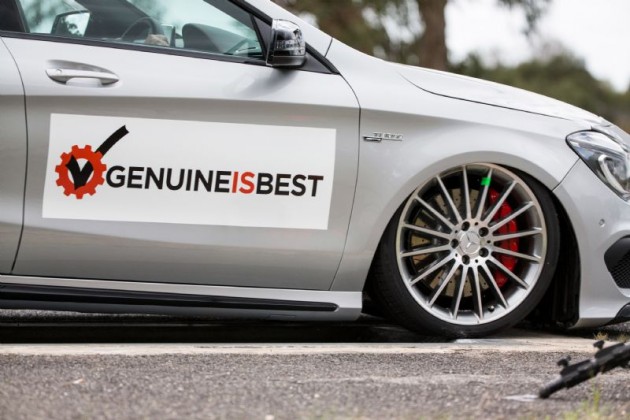 According to the test organisers, the aftermarket wheels were bought online via an Australian website. They were advertised as new and were part of a large shipment, which indicates many just like it could be on vehicles on the roads right now.

To ensure each test was as controlled and consistent as possible, a new wheel was used for each run. As for the pothole, it is called Pothole No.3 at the proving ground. It’s a man-made steel well with a gentle sloping entry and a steep exit. The hole was engineered to replicate a real-world pothole that everyday drivers could encounter. GM Holden vehicle safety manager said,

“It should be noted that the vehicle impact speed in the pothole testing was 50km/h and the vehicle was almost at its lowest possible mass. In many real-world driving situations the vehicle could be travelling at both a higher speed and loaded to a higher mass. In these higher energy scenarios the structural performance of the fake wheel would be expected to be even lower than that observed in our testing.”

While we certainly love the idea of personalising vehicles, we think it’s always best to go with reputable brands, especially when it comes to important components. Check out the table – and images – below for the results.