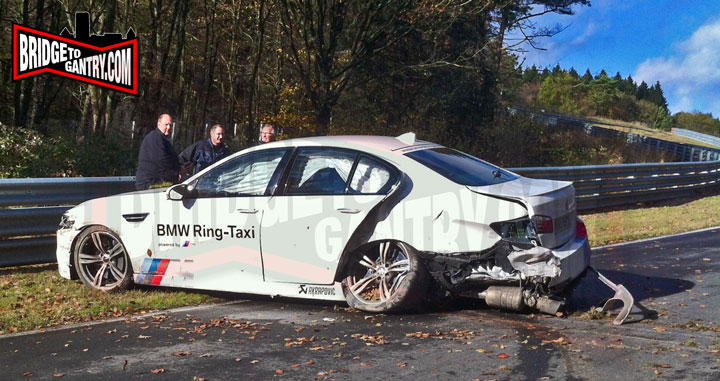 The famous BMW M5 Ring-Taxi in Germany has crashed on the Nurburgring. Nobody was seriously injured during the crash, which smashed apart much of the rear end of the twin-turbo V8 M5. 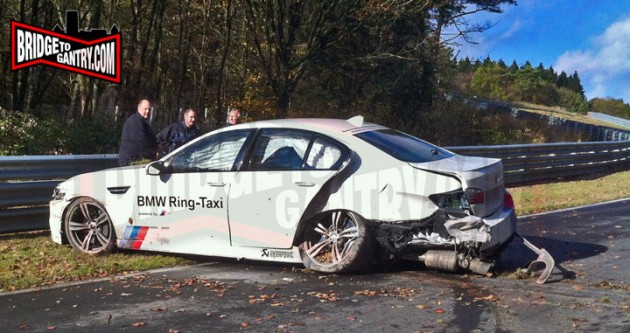 Little details have been uncovered about the accident at this stage. It’s understood the highly experienced and professional driver behind the wheel simply lost control in the slippery conditions. It appears leaves scattered on the tarmac may have contributed as well.

As you can see by this image, first published by Nurburgring enthusiast website BridgeToGantry, the M5 has seen better days. The rear corner must have had a big impact with the guard railing, leaving a huge indent and tearing off the wheel, while the front looks as though it touched as well.

The curtain airbags were set off, which means this must have happened at a fairly high speed. Judging by the area of the circuit, it’s possible the car was travelling at 180km/h or more.

As for the passengers who paid for a ‘hot lap’, well, they were obviously taken for a ride of their life.