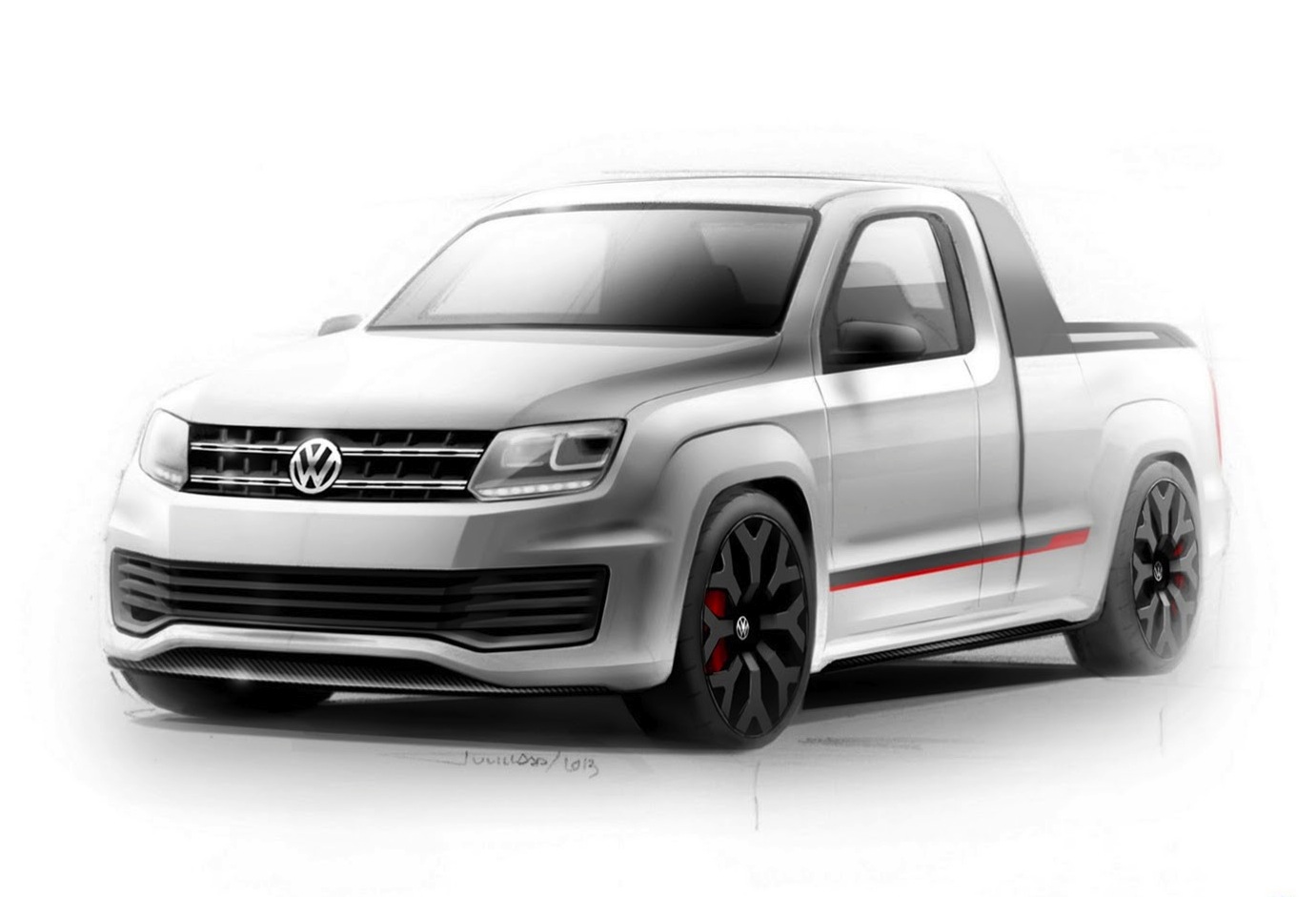 It looks like Volkswagen is planning a number of interesting and rather tantilizing concepts for the Worthersee festival. The latest addition that has been previewed is this Volkswagen Amarok R-Style concept. 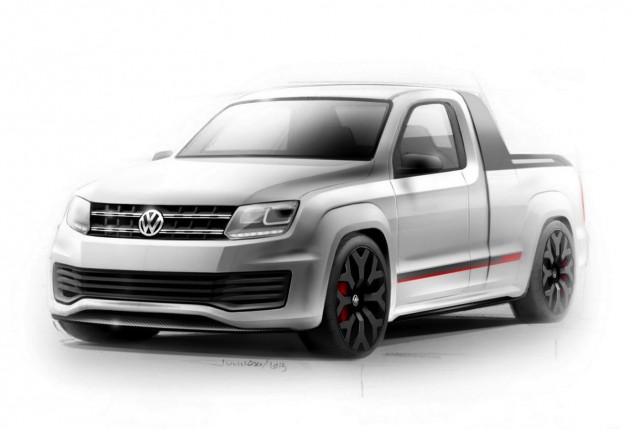 Taking on a clear performance focus, the Amarok R-Style follows in the company’s ‘R-line’ theme. Like the Scirocco R and the Touareg R-Line, the Amarok is not only much more aggressive in appearance than the regular version, it’s also packing some uniquely powerful grunt under the bonnet.

Speaking of which, there you will find a version of the company’s 3.0-litre TDI turbo-diesel V6 engine, found in the current Touareg TDI V6. However, instead of generating 180kW and 550Nm, this beast can deliver up 200kW and a mega hit of 600Nm.

Despite the impressive figures, acceleration from 0-100km/h is set to take 7.9 seconds, which we feel is a bit underrated. PerformanceDrive is, rather coincidentally, currently road testing the Touareg TDI V6 (review coming soon), and we have recorded 0-100km/h times in well under 7.0 seconds. 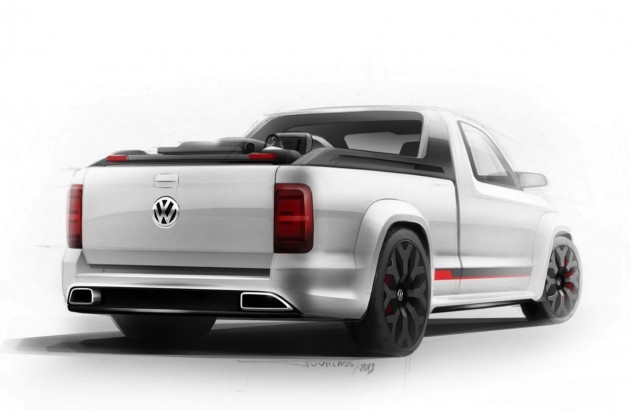 Even so, the R-Style is not all about straight line speed. As you can see by these sketches, the Amarok will come complete with a bespoke bodykit including new, more chunky front and rear bumper bars, as well as a neatly presented rear diffuser area with twin exhausts.

The bodykit blends in with some seriously bolstered wheel arches which widen the already fat Amarok stance by 60mm. The arches wrap around a set of cool matt black 22-inch alloy wheels. In the tray features a sleek roll-over bar with high side rails to match the body extensions.

We can’t wait to see what this mean ute looks like. Is Volkswagen hinting at a possible future showroom model? Stay tuned for more updates on this and others revealed at the Austrian event. It starts today.