Despite not actually being on sale in Australia yet, the Subaru BRZ has been tested by ANCAP in its latest round of evaluations, and has earned the full five-star rating. The BRZ joins the company’s all-five-star showroom lineup. 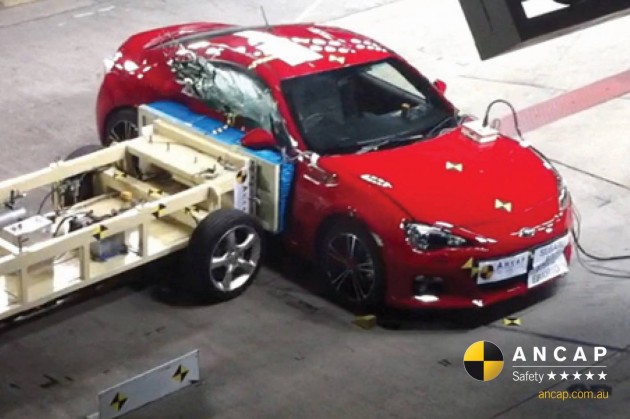 The Subaru BRZ comes with dual front, side, head, and knee airbags as standard, as well as stability and traction control. ANCAP said the new rear-wheel drive sports coupe “performed very well in all ANCAP tests”.

Subaru is set to launch the new sports car any time now. Prices are yet to be announced, however, the same 2.0-litre naturally aspirated boxer engine with 147kW will reside in the engine bay, as with its sister car, the Toyota 86.

The BRZ price is expected to come with a slight premium over Toyota 86 though – which starts at $29,990 – due to a potentially higher trim and equipment specification.

Other vehicles tested by ANCAP during the latest round include the new Hyundai i30, and the new Holden Colorado crew cab as reported earlier today. The ANCAP rating applies to the Hyundai i30 1.6-litre diesel and 1.8-litre petrol versions. 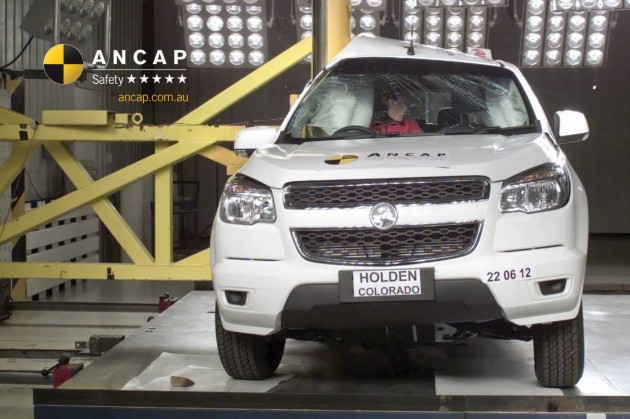 “It’s satisfying to see manufacturers lifting the safety of light commercial vehicles. Manufacturers have been incorporating greater levels of safety into passenger vehicles for some time now, yet the safety of LCVs has trailed,” said ANCAP Chairman, Mr Lauchlan McIntosh.

“Pressure not only from ANCAP, but now big business, is encouraging manufacturers to elevate safety as a priority in the design and construction of new LCVs, and consumers are the winners.”