There’s no doubting the 2012 Nissan GT-R (2013 in some markets) is a quick piece of gear. Here we see just how quick we’re talking, as this stock example rips down the quarter mile in 10.87 seconds. 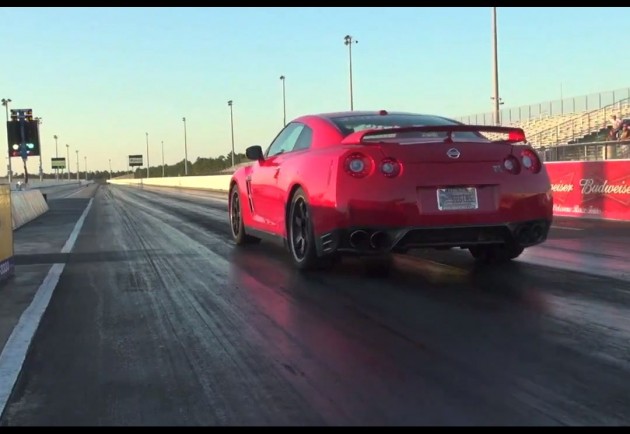 The new version also gets various revisions to the drivetrain and suspension, and a recalibrated launch control system providing even quicker getaways.

The example in the video below, running at the Palm Beach International Raceway in the US, is apparently completely stock. It posted an 11.07 seconds pass at 199.6km/h, and then an astonishing 10.87 seconds pass at 201.6km/h.