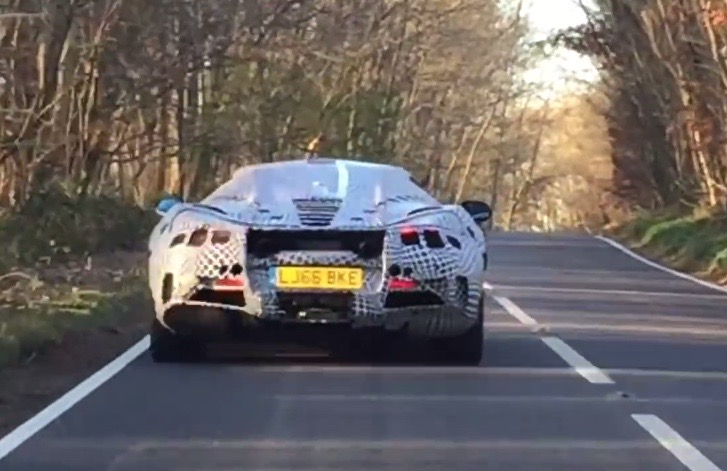 McLaren has been spotted test driving what is believed to be the replacement for the 650S, dubbed the P14, out on public roads in the UK.

According to reports, the successor to the 650S will retain the company’s widely used 3.8-litre twin-turbo V8 engine. There’s speculations that suggest McLaren will be looking to top its main rival from Ferrari, with its 488 GTB, in terms of power. This means we could be looking at around 500kW for the new model.

Known internally as P14, this prototype model seems to showcase a similar body design to the grand daddy of all McLarens, the P1. You can see the aggressive rear end with big haunches that cradle the engine compartment. There also appears to be a centrally-mounted exhaust.

More specific details are yet to be uncovered at this stage but it’s understood it will be offered in both coupe and drop-top spider form, like the 650S, while also blending in McLaren’s latest and greatest technologies in terms of driving modes and on-board functionality.

The British supercar company has previously confirmed it is planning to launch a new model every year. It has certainly made a big impact on the sports and supercar market in the past few years, introducing everything from the P1 hypercar to the more entry-level of supercars, the 570 and 540 range.

McLaren is likely to launch the new P14/new 650S some time next year, potentially with a first-look unveiling at the Geneva show in March. Check out the video below for a preview.