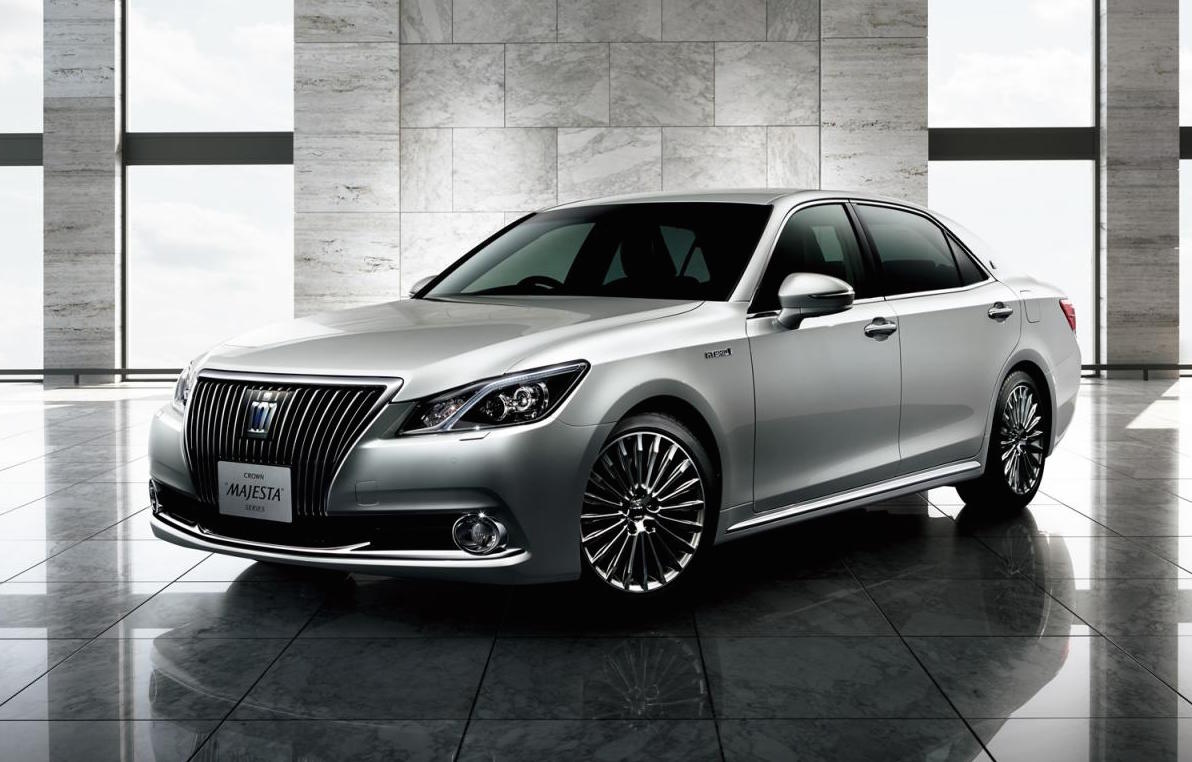 Japanese Domestic Market vehicle fans will be excited to hear Toyota has come up with a facelift for the Crown large luxury sedan, featuring a updated design and technology, and the company’s new 2.0-litre turbo engine option. 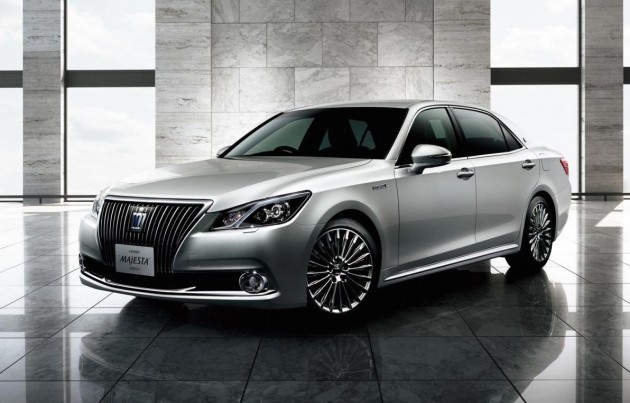 We can expect more and more Toyota and Lexus models to be introduced with the new 2.0-litre turbo-petrol four-cylinder in the future, as the company makes the switch from its thirsty V6s to the more economical and environmentally-friendly four-pot.

The 2.0-litre turbo is only available in the entry-level Athlete variant, with rear-wheel drive. Higher up versions come with a 2.5-litre V6 and 3.5-litre V6, with all-wheel drive, along with an all-wheel drive hybrid for the flagship model.

As for the design changes for 2016, the three-variant lineup comprising of the Athlete, Crown Royal and Crown Majesta, all get a new-look grille and LED headlights, restyled taillights, while the Crown Royal gets a chunkier front bumper bar and additional chrome trimmings.

Underneath it all, Toyota says it used more structural adhesive and up to 90 spot weld points to help improve the big sedan’s driving comfort and steering responsiveness. The dampers and bushings have also been retuned, while the Adaptive Variable Suspension (AVS) and Electric Power Steering have also been tweaked.

Of course, the cool limousine won’t be officially sold in Australia any time soon. It is now on sale in Japan.