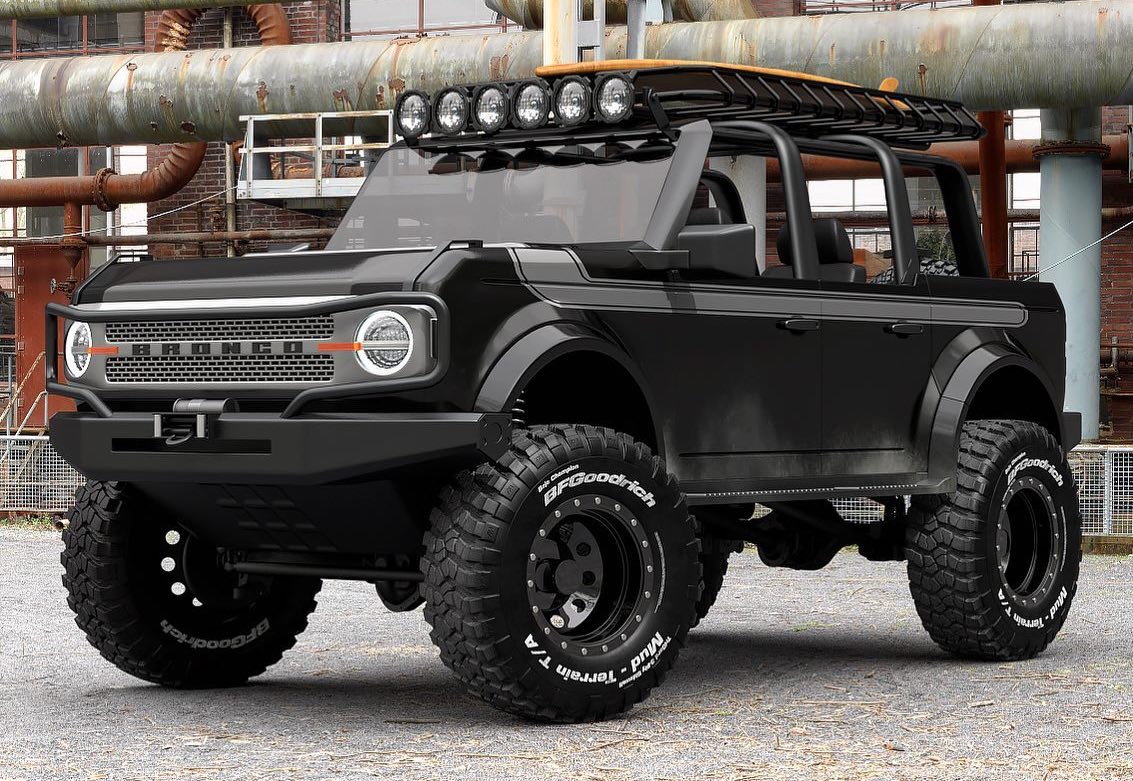 The all-new Ford Bronco hasn’t even hit the market, yet tuners are already planning big things for the highly-anticipated model. As is the case with this proposal by a company called Maxlider Brothers Customs. 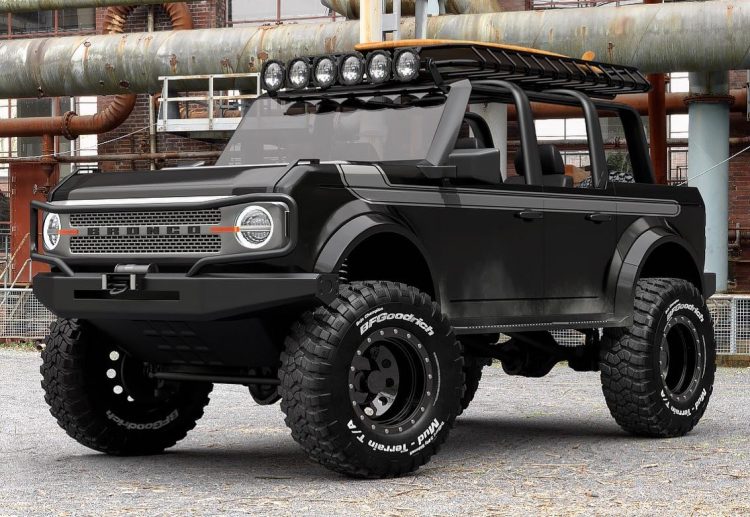 The US-based company is proposing a special package for both the two- and four-door Bronco, called the Midnite Edition. It’s inspired by the Nite editions of the Ford Bronco of the early 1990s. Like the original, a range of serious enhancements are made to improve off-road performance and enhance the 4×4’s road presence.

Although the complete kit is yet to be outlined (this is just a digital rendering), it’s pretty clear to see the company is administering some kind of serious lift kit and fit custom suspension. There’s also a unique light bar mounted on the windscreen beam, custom front bumper bar, and the traditional racing stripe down the sides.

A set of chunky BFGoodrich tyres are wrapped around some very cool slotted, deep dish wheels. Most features are in black or matt black, with splashes of dark grey for various areas. It also looks like Maxlider is planning some bespoke wheel arch extenders, as these look a bit different to Ford’s offering.

There’ no mention of any under-bonnet upgrades. In standard form the 2021 Bronco will be available with either 2.7-litre turbo V6 petrol engine producing a projected 231kW and 542Nm. A 2.3-litre turbo four-cylinder is also on the way, developing around 201kW and 420Nm.

Interestingly, Maxlider says it is accepting orders now with a US$500 deposit. We suspect that once the Bronco fully arrives on the scene there will be a tonne of tuners out there ready to get their hands on it.