With the McLaren MP4-12C and the Ferrari 458 enjoying the specific market segment all by themselves, Porsche will soon have its own high performance supercar to take them on potentially called the Porsche 961. 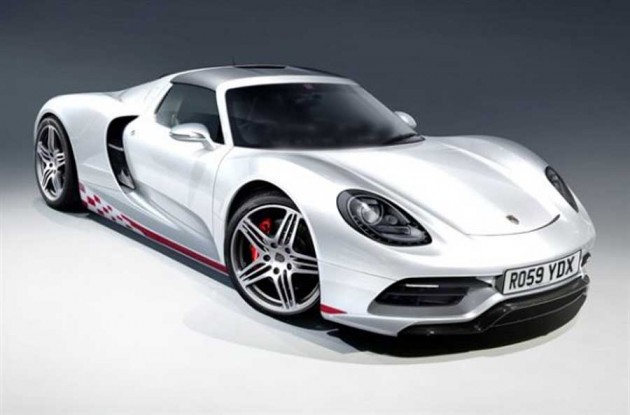 The new model, being nicknamed in the industry as the Porsche 961, is expected to be like a modern day version of the epic Porsche 959 of the late-1980s. This means it will sit above the 911 GT2 but below the yet-to-be-launched Porsche 918 Spyder hybrid hypercar.

According to a recent Auto Express report in the UK, Porsche CEO Matthias Muller has confirmed the company is now working on such a model and that it has been given the green light.

It’s understood that much of the technology, including the layout of the carbon fibre platform, will be taken from the upcoming 918 Spyder.

Power is also set to come from the 918. It features a 4.6-litre naturally aspirated V8 engine, using a flat-plane crankshaft, as well as a sophisticated electric drive hybrid setup. The new 961 would likely drop the electric setup and simply stick with the V8.

This should be a very interesting one to watch as Porsche isn’t likely to design it to be as quick as the 918, but it may be quicker than the insane 911 GT2. We’ll keep you updated.