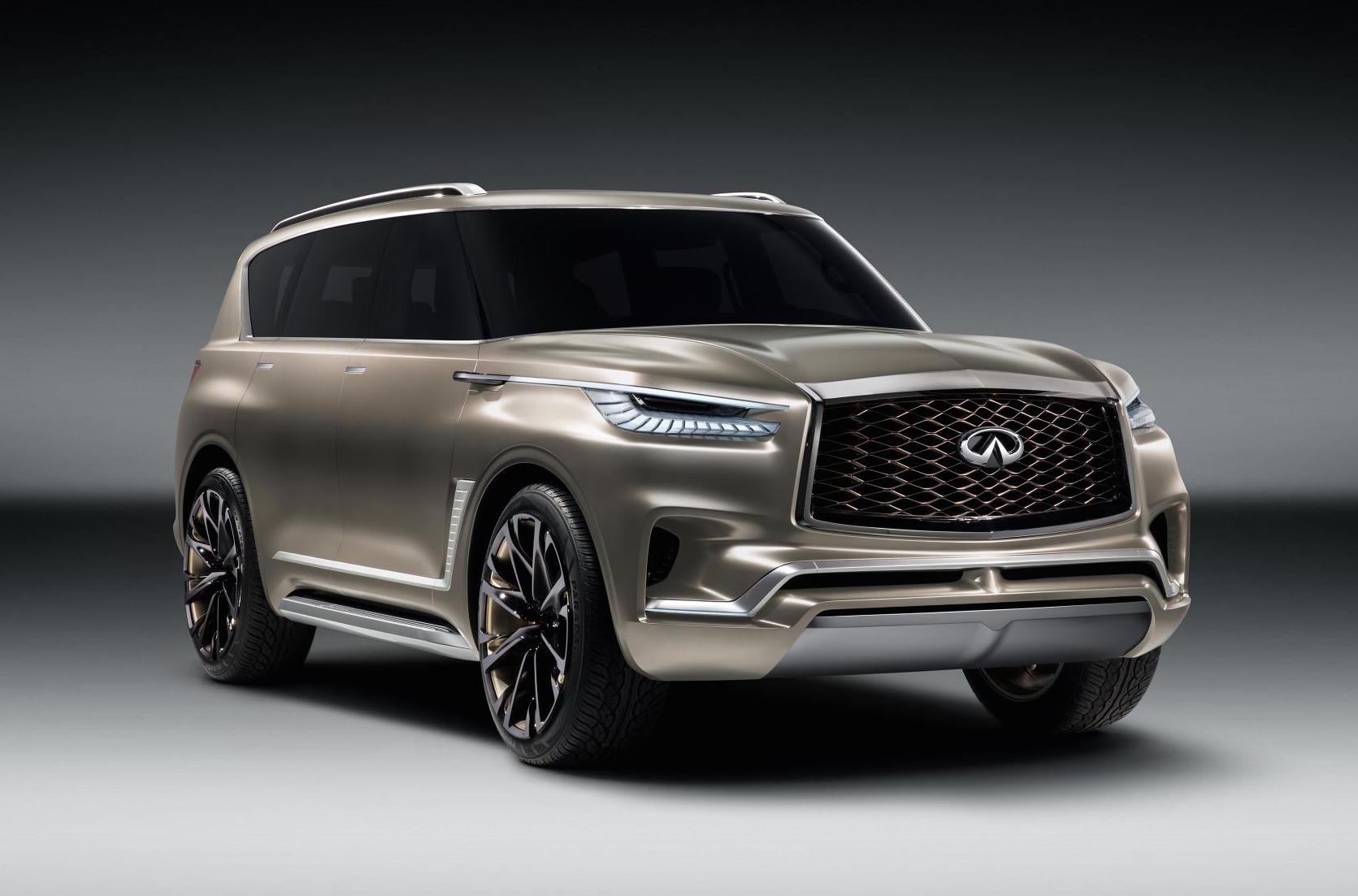 The rhinoceros of the automotive world is coming in for some rhinoplasty, as previewed by the Infiniti QX80 Monograph concept. 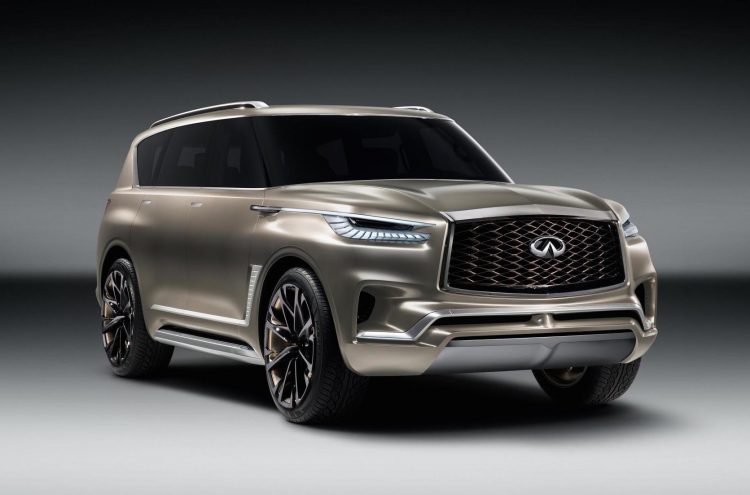 Due to be rolled out at the New York motor show this month, the Monograph previews an all-new generation QX80, to directly rival the Lexus LX 570 as well as the Lincoln Navigator and Cadillac Escalade. Roland Krueger, president of Infiniti Motor Company Ltd., said:

“QX80 Monograph shows our concept of luxury and style on the road, and is an exploration into how we could enhance our future INFINITI offering in the luxury SUV segment.”

The current QX80 is one of the largest passenger cars on sale in the Australian market as well as heaviest at 2837kg. It is powered by a 298kW/560Nm 5.6-litre V8 tied to a seven-speed automatic, with all-wheel drive.

It is unknown at this stage if Infiniti will continue with this powertrain or consider another such as a twin-turbo V6, or the Cummins 5.0L seen in the US-market Nissan Titan XD. The Cummins diesel makes 231kW and 766Nm – we think it would be a supreme candidate for both the QX80 and Nissan Patrol but there’s nothing to suggest it at this stage. A weight reduction strategy would be a logical assumption too.

Looks-wise, the concept keeps similar proportions as the existing QX80, but the new corporate front end previewed on the QX50 Inspiration concept has been added in. The LED headlights feature a wing motif and have been moved to the upper edge of the front guard, for a more confident appearance. The sides of the SUV are cleaner, with integrated door handles and roof racks, plus a more defined kink in the rear window line.

The real thing will roll onto the stage on April 11 when the NY auto show kicks off. Stay tuned for coverage.