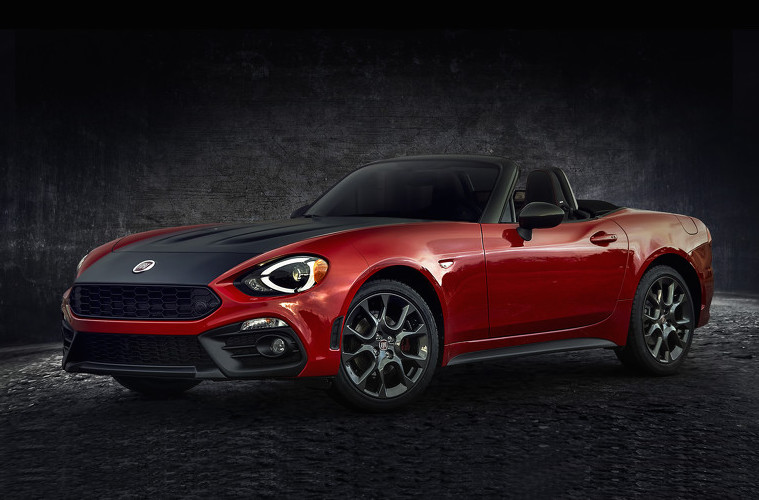 Fiat has revealed the new 124 Spider Elaborazione Abarth ahead of its New York Auto Show debut later this week. 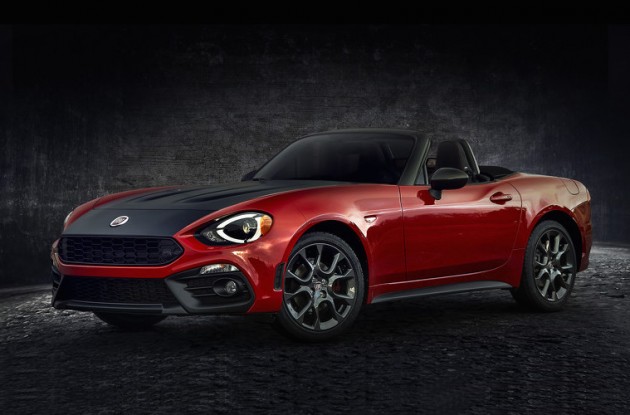 The sports convertible is very similar to the Abarth 124 that we saw a few weeks ago at the Geneva Motor Show. Instead, it is slightly watered down and features a number of performance-oriented highlights to help boost visual appeal and handling.

Under the bonnet is a 1.4-litre turbocharged MultiAir engine producing 119kW and 250Nm, stopping short of the Abarth’s 127kW output. The unit is the same as the regular 124 unit, and will be available with either a six-speed manual or automatic.

To help improve the car’s handling there’s a limited-slip differential, as well as a unique sports suspension setup with Bilstein dampers. Buyers will also be able to option for beefy Brembo brakes with four-piston front calipers.

As for the styling, the body is dressed in various black highlights, including black used for the bonnet, side skirts, and for the revised bumper bars. Th windscreen support and side mirrors are also black, while the 17-inch wheels are coated in gunmetal grey.

For the interior some changes have been made so it matches the energy of the exterior, with sports seats installed featuring leather and microfibre upholstery, red stitching, aluminium pedals, and a bespoke gear selector.

The special package will be available as part of the 124 Spider lineup, which will be introduced in North America mid-year. Olivier Francois, head of Fiat brand at FCA global, said:

“The addition of our new 2017 Fiat 124 Spider Elaborazione Abarth further enhances the driving experience and offers yet another head-turning, fun-to-drive vehicle to our customers.”