Toyota Urban Utility ‘U2’ concept is an SUV van convertible

Toyota has revealed a rather wacky yet interesting new concept called the Toyota Urban Utility ‘U2’ concept. It will debut in New York in a couple of weeks at the Maker Faire event. 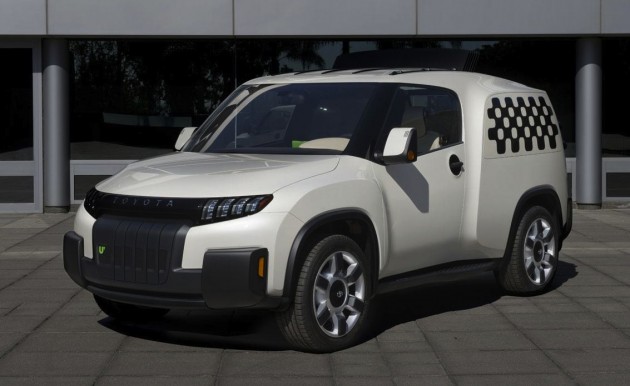 This is the latest in versatility… and strange design. The U2 blends the functionality of a cargo van, a van, a convertible, and an SUV all into one.

Almost every aspect of the vehicle can be changed and customised to suit various urban needs. The roof rolls back so it’s like a drop-top, while the tailgate drops right down to form a ramp for getting things into the back. 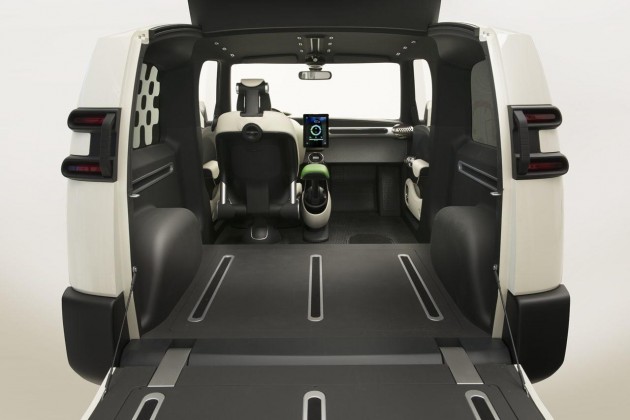 The special concept was developed at Toyota’s Calty Design Research in Newport Beach, California, and is one of many unique projects that are under development behind the scenes. Kevin Hunter, president of Calty, said,

“Calty keeps a number of projects concealed while exploring ideas and products. Revealing a project like the U2 gives people a window into the constant innovation that happens inside Toyota and our Calty studios and one possible future for urban mobility.”

Other highlights include a rear windscreen that retracts into the tailgate, fold-up rear seating, an intuitive switch controller for the gear shift, the ability to fold and remove the front passenger seat to open up more space, and protective and replaceable ridges on the tailgate.

It might not be everyone’s cup of tea but it does seem kind of interesting, in a quirky kind of way. What do you think of it?