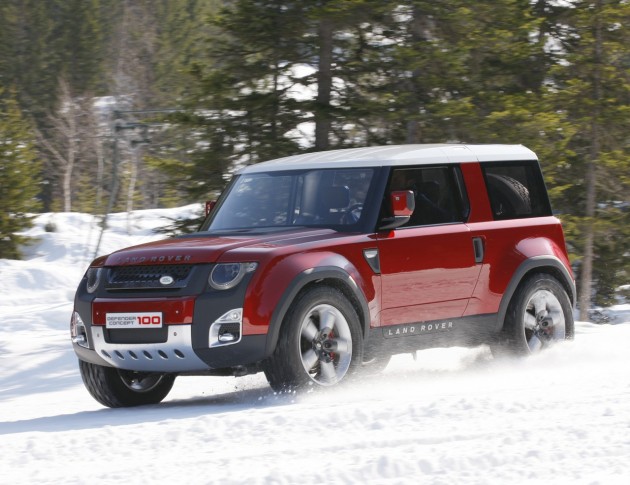 The DC100 is seen as a precursor to the future Land Rover Defender, showcasing a more modern exaggeration of the rugged utility vehicle. It’s also turned up a notch in terms of luxury, comfort, and technology. And now this snow concept shows Land Rover can go a step further.

Featuring a range of tough and ready-to-tackle-anything highlights, perfect for extreme snow conditions, the Land Rover DC100 snow concept is not a static display. Instead, it’s a fully functioning model that could go into production almost as it is.

There’s chunky snow tyres that feature a spike deploy system. Yes, it sounds like something out of James Bond. Land Rover calls it the driver-activated spike tyre system. Once deployed the DC100 can dig its way out of hard icy conditions with plenty of grip. 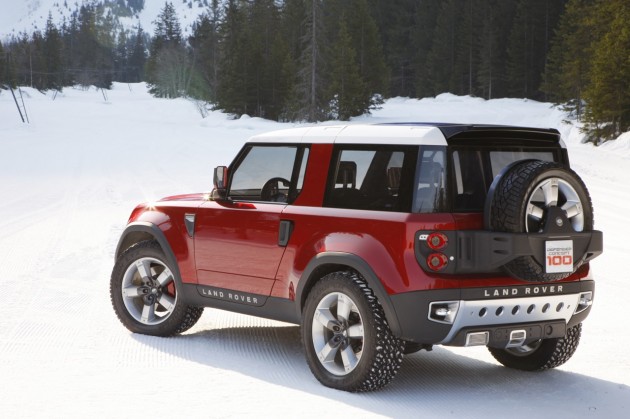 A new Land Rover Defender is set to launch some time in around three years, and it is understood it will take much of its inspiration from the DC100 concept. 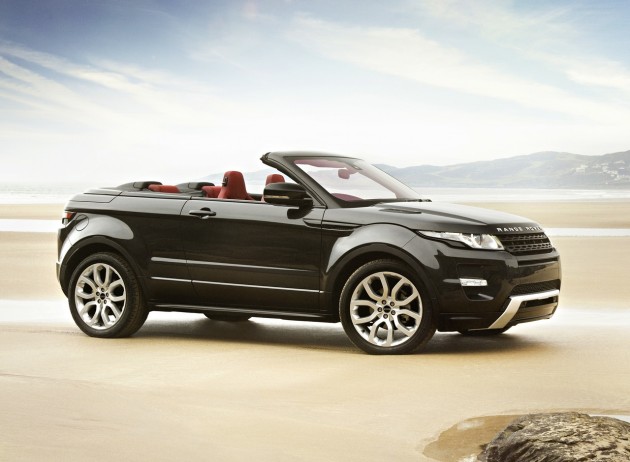 The Range Rover Evoque convertible concept has been one of the star attractions at the Land Rover stand. It’s basically an Evoque with a flip down function that turns the already funky SUV into a open-top cruiser. It would be fun to go off-roading with the top down in one of these.

All of the luxuries are carried over from the normal Evoque (PerformanceDrive full review coming soon), with leather sports seats and satellite navigation. The concept is based on the three-door Evoque, with rear seating.

Land Range is still considering if it will put the Evoque convertible into production. If well received at the show, it could very well hit the showrooms down the track.

Click play on the promo video below for a bit of taste.