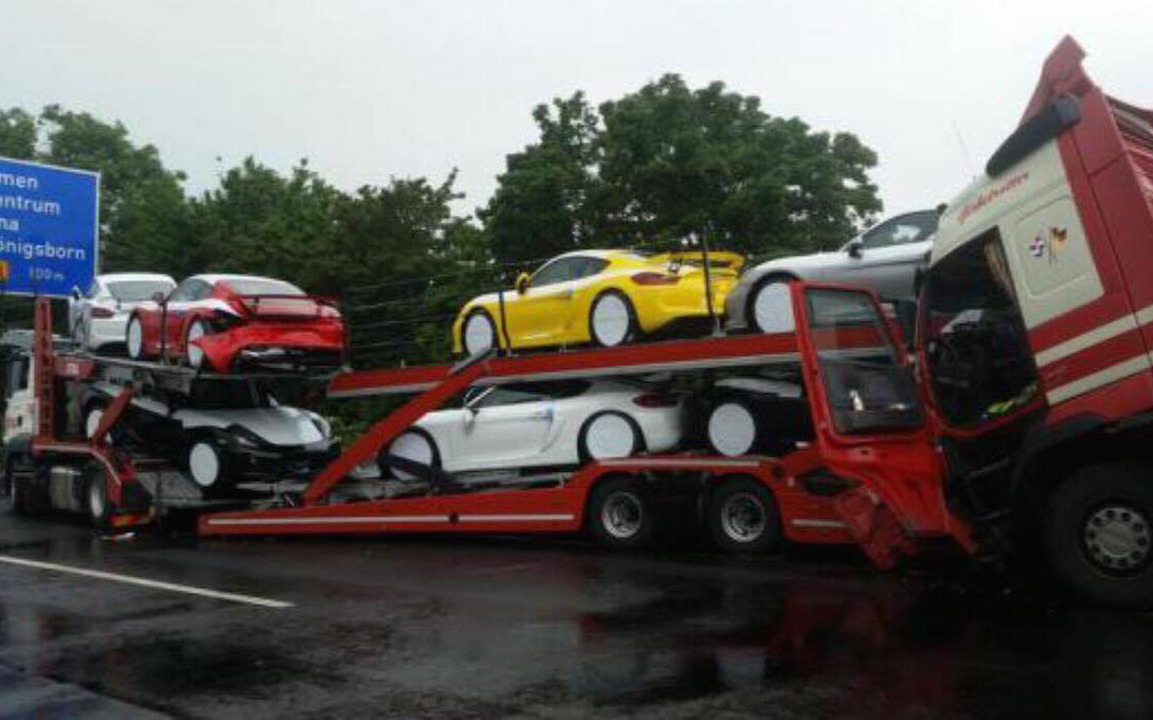 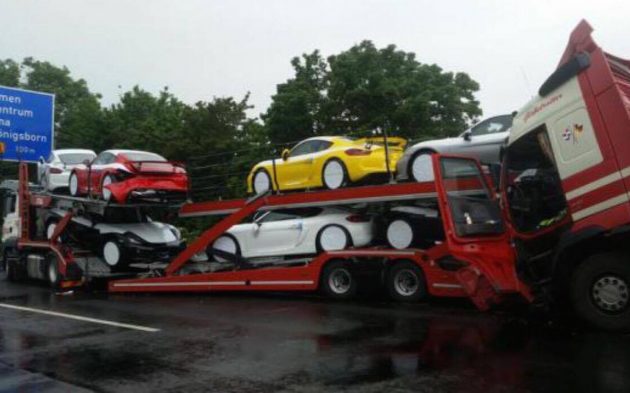 The incident happened on a stretch of autobahn just outside Dortmund in Germany. According to reports, the truck carrying the automotive exotica was rear-ended at speed, shunting several Cayman GT4 sports cars being hauled.

A total of three people were taken to hospital as the incident occurred in densely congested traffic on the stretch of autobahn. Thankfully the injuries were said to be minor.

German authorities have since estimated the cost of the incident at AU$130,000, not factoring in the cost of the Cayman GT4s. If we include those into our arithmetic, at Australian prices, the damage jumps up to around $1.4 million. 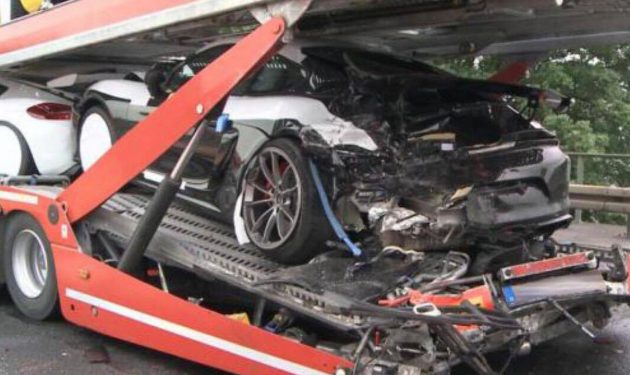 We already know the Cayman GT4 is a special edition, celebrating Porsche’s last street-car to be fitted with a 283kW naturally aspirated flat-six mated with a manual six-speed transmission. This combination has disappeared with the latest 718 Cayman, which features a turbocharged flat-four configuration. Let’s just hope the soon-to-be owners of these GT4s receive a replacement soon.