BMW could be set to expand its 1 Series lineup by 2015 with the introduction of a BMW 1 Series four-door sedan. The sedan would join the current hatch, convertible and coupe layouts. 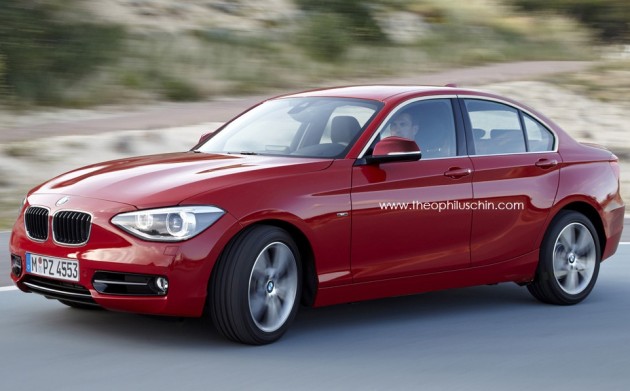 At the moment, it is pure speculation. Reports predict BMW will be looking to take on its rivals more directly in the future, rivalling cars such as the upcoming Audi A3 sedan. PerformanceDrive spoke with BMW Australia’s Scott Croaker about a possible sedan.

He said it’s the first time the speculation has arised and that no official plans have been expressed, however, he said “it seems a logical direction for BMW, given that the compact market is booming”.

It’s understood the 1 Series sedan would be targeted towards the US and Chinese markets, using a revised version of the 1 Series coupe and hatch platform. Some parts are expected to be carried over from the larger 3 Series as well, while power would come from a range of turbocharged four-cylinder engines.

If it all sees the light of day, the 1 Series sedan would be like a spiritual successor to the old BMW E30 3 Series. The E30 was a compact rear-wheel sedan regarded for its fun and agile handling characteristics. Fingers crossed then.