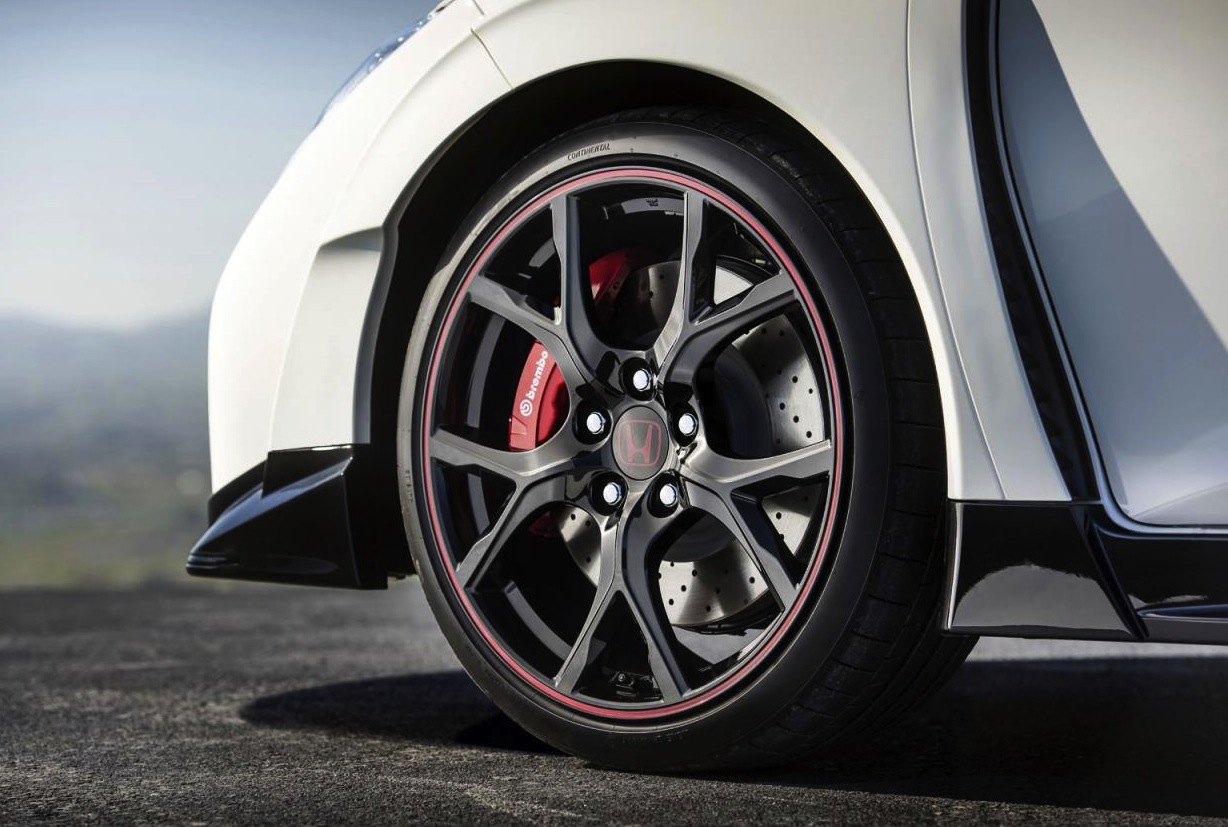 Honda has released yet more previews of the highly anticipated 2015 Civic Type R, which will make its public debut in production trim at the Geneva Motor Show next month. 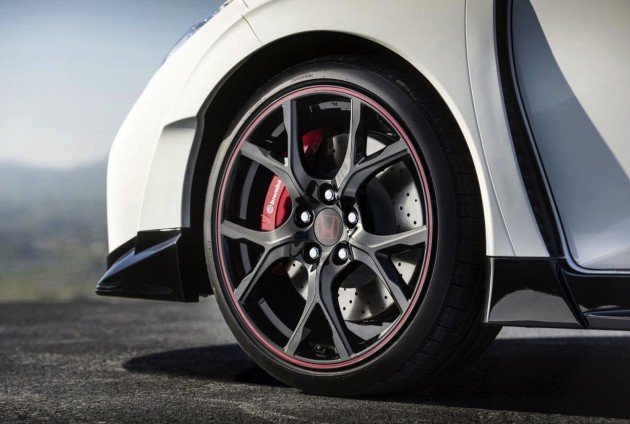 This has to be one the last previews of the new hatch, surely. It is a hugely anticipated vehicle though so we should cut it some slack. And by the looks of these new images, the production car will retain plenty of sporty highlights as seen on the various concept versions.

At the front there’s an aggressive spoiler system with integrated intakes and cooling ducts for things like the brakes, with a central section in black providing some contrast. The spoiler itself is also in black.

In another external image we get a full glimpse of the alloy wheel design, which is mostly black with five Y-shaped spokes. A neat and very thin red pinstripe runs the perimeter of the rim to mesh in with Honda’s often red Type R emblem. Behind the wheels are a set of impressive multi-piston Brembo brakes and perforated discs.

Lastly, we get a look at the very red instrument cluster and the dials. The tacho takes the central position despite the new model featuring a turbocharged engine and not the usual high-revving unit. It’s surrounded by fuel and oil gauges.

This should be a very exciting model, to say the least. As already confirmed, the Civic Type R will come with a 2.0-litre turbo engine producing over 206kW. Performance figures are yet to be released, however, the company wants the new model to reset the record books by becoming the quickest front-wheel drive production car to ever lap the Nurburgring.

All will be revealed at the start of the big show, commencing March 3. Honda Australia has confirmed the new Civic Type R will be sold locally.