Could this be the most extravagant automotive insurance job in history? The owner of the Bugatti Veyron that crashed into a lake in 2009 is being investigated by the Philadelphia Indemnity Insurance Company for insurance fraud. 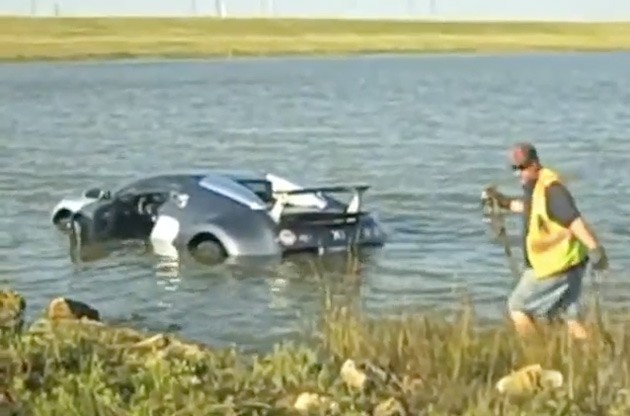 Yes, we can’t fathom how someone could possibly want to kill off arguably one of the greatest cars in the world simply for the sake of money, but investigations have been underway leading to such blasphemy. The driver, Andy House, is facing court after various suspicions were found.

Philadelphia Insurance was led to believe the crash was an act of insurance fraud after it spoke with House, and Joe Graza, the man who happened to be video tapping the Bugatti Veyron crashing into the lake at the time (video below) of the incident. The company also watched the rather suspicious video tape.

The insurance company also talked with an anonymous tip who said he was offered a large sum of cash to do an ‘insurance job’ on the Veyron if he stole it and burnt it to the ground. We’re not sure how anyone could possibly want do this to such a car, but according to the reports, House was looking to claim $2.2 million in insurance in the act.

In another area of suspicion, Philadelphia Insurance also found that House had driven the car for a lot more than what his policy allowed. It was insured as a collector vehicle yet House drove the Veyron around doing his daily errands, clocking up over 1900km.

Philadelphia Indemnity Insurance Company is hoping courts will favour its way so that it does not have to pay out House, or at least only pay some of the costs, considering the wrecked Veyron has already been sold by the company.

Click play on the video below to see the Bugatti Veyron crash yourself, and tell us what you make of it. It does look a bit suspicious doesn’t it?