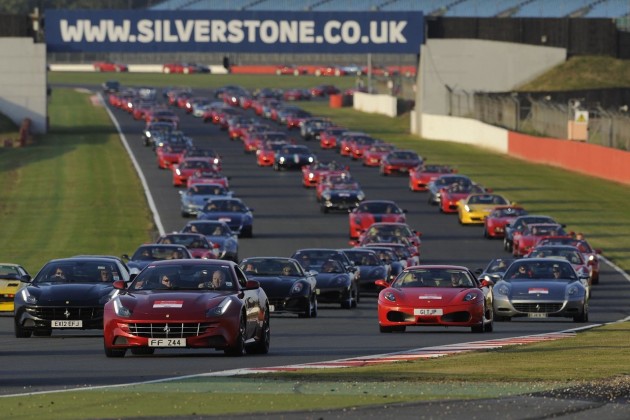 Although it hasn’t officially been noted down as a Guinness World Record, yet, the stream of prancing horses were certainly the main attraction at the Ferrari Racing Days weekend.

Up to 600 Ferraris were expected to show up, as reported earlier in the year, but not only was the previous record – set in Japan in 2008 – beaten, it was smashed out of the ballpark. 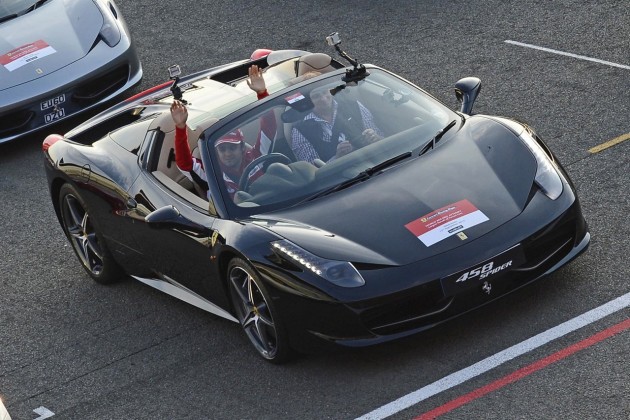 A huge range of Ferrari vehicles made up the parade, coming from all part of the UK and beyond, including the Ferrari F12 – the most powerful Ferrari production car ever made – as well as Felipe Massa in a Ferrari 458 Spider. Massa said,

“It was a really unforgettable experience. It’s a great honour for me to be here for such a special event, with so many cars all brought together on one race track, which produced an unprecedented spectacle for all Prancing Horse fans.”

The parade was a great success on more than one level too, it was also put together for a good cause. Ferrari donated £5 to UK charity organisation BEN for every car that entered.

Guinness World Records Limited Commission are looking to confirm the record by the end of the week. Imagine the cost of all the cars put together…

Click play on the video below to see the cars touring the circuit.