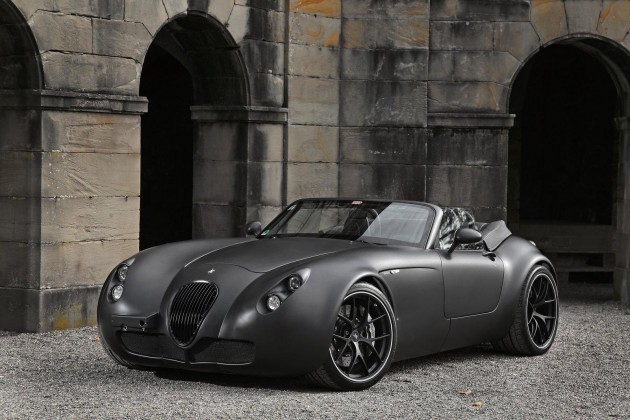 The Wiesmann MF5 V10 Black Bat is made from bonded and rived aluminum; a method of production common in aerospace. Parts of the body are also made from fibreglass. Both these elements make the little MF5 a very agile and lightweight machine.

To give the Wiesmann a distinct ‘Black Bat’ personality, the bespoke body features a matt black wrap that extends to the fuel filler cap, the bonnet and boot lid. A set of black BBS ‘F1’ 10 x 20-inch forged ally front wheels with 285/30ZR20 tyres, and 11.5 x 20-inch alloys with 325/25ZR20 tyres on the rear provide an equally sinister look. 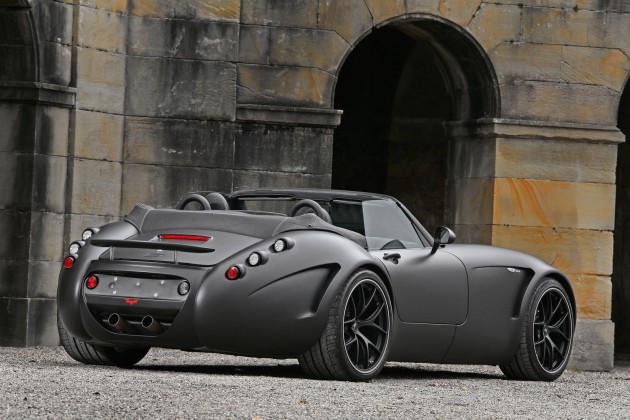 Under the bonnet not only sits the BMW M5 V10 engine, Wiesmann has tuned it so it now produces 448kW (600hp), up from the standard 373kW. Power improvements are thanks to a new exhaust system, a new air intake and air filter and a retuned engine computer.

The Wiesmann MF5 V10 Black Bat weighs just 1395kg and is capable of 0-100km/h in just 3.5 – an astonishing time for a rear-wheel drive. To make sure the Black Bat stops in time, every time, the Wiesmann is fitted with Brembo six-piston calipers at the front, and four-pistons calipers at the rear.

Just 30 editions of the Wiesmann MF5 V10 Black Bat will be made.

Overall, it’s an ultra cool-looking sports car with hypercar performance. What do you think of it?