Pagani has been spotted testing what can only be described as a prototype race car based on the Huayra, out on the public streets in Europe. 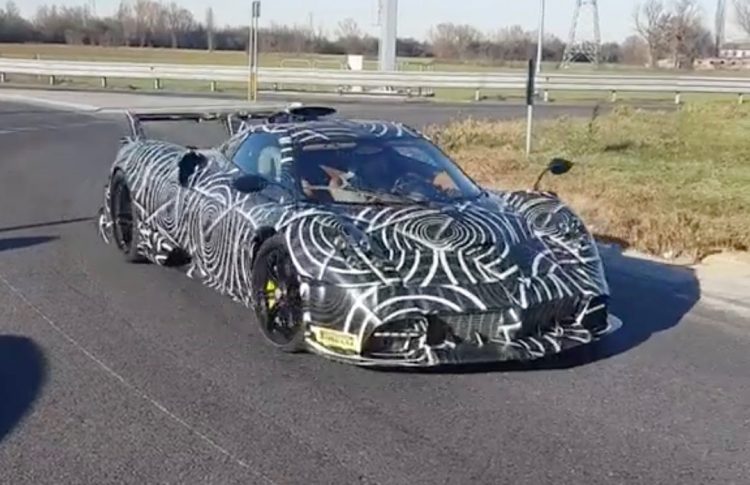 The prototype is covered in typical camouflage wrap, but it’s pretty clear to see the extensive aero kit that hides beneath. It seems Pagani is preparing a very hardcore version of the Huayra, which could be designed primarily for the race track.

No official details have been uncovered at this stage, so it’s anyone’s guess, really. But one possibility is Pagani may have received a custom order from a client to build a crazy version of the Huayra. Pagani is renowned for doing this kind of thing.

Thanks to a video posted up onto Instagram by iuri.giova, we get a pretty good look at the new beast as it makes a U-turn around a roundabout. The front end looks extremely low, with two big intakes within the front apron. There’s also some race-like vents above the wheels and two deep heat-extraction vents in the bonnet like the regular Huayra. 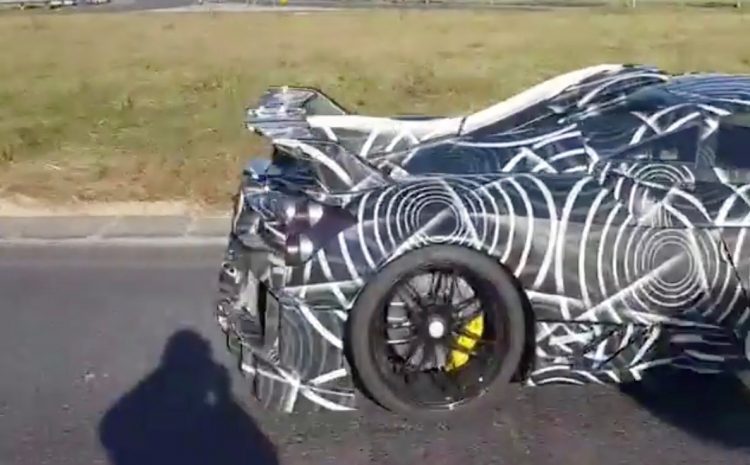 At the rear is the most dramatic, though. It’s impossible not to see the massive rear wing which is mounted by two outer struts, and a long and tall fin that runs down the centre of the roof from the air intake box above the cabin. And then below that is perhaps one of the chunkiest diffuser pieces we’ve ever seen on a road car.

This machine looks like it should be powered by something insane. In its most powerful form, the Huayra BC uses a 6.0-litre twin-turbo V12 that produces 588kW and 1098Nm. We suspect even this could be tweaked to produce more grunt.

We’ll have to wait and see to know more. Pagani might be planning a big debut at the Geneva motor show in March. Stay tuned. Check out the spy video below for a preview.