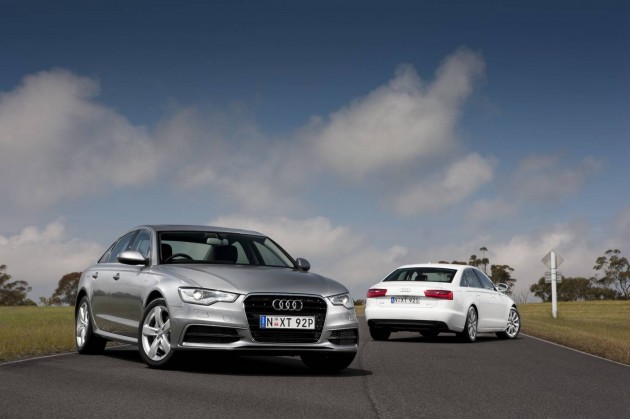 Standard equipment for the all-new model includes, among other things, Audi’s Drive Select driving modes which change the handling characteristics of the car, as well as stop-start technology which shuts the engine off when the car is stopped at the lights to save fuel.

Despite the new 2012 Audi A6 2.0 TDI being quicker than the TFSI version, it’s also more fuel efficient, offering an average fuel consumption rating of just 5.0L/100km. Like the TFSI, the TDI version also comes with equipment such as stop-start.

These latest models got us thinking, what is the best entry-level, petrol, large luxury German sedan on the market? Taking into account the price, specifications and performance of them all.

Which would you rather?
Of course, if it were our decision, we’d take the Audi RS 6, BMW M5 and Mercedes-Benz E 63 AMG. But for the parents…