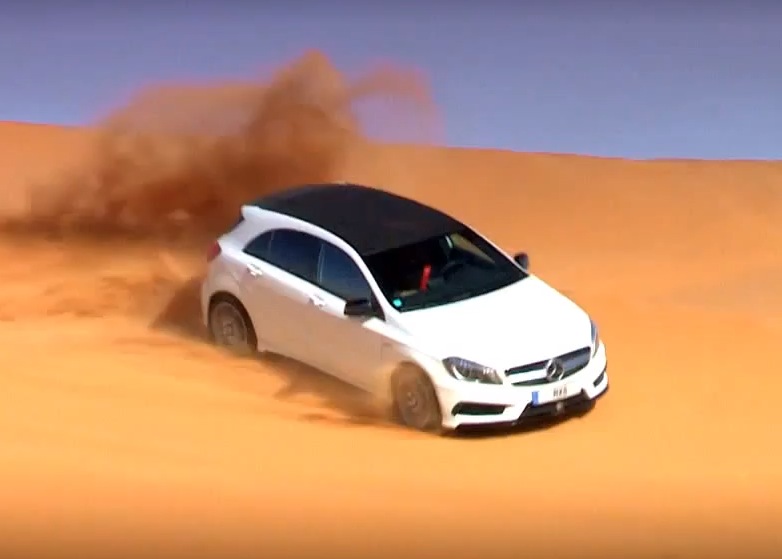 We bet you didn’t know a Mercedes-Benz A 45 AMG could go off road. Well, it seems it can. Option Auto has just tested out such abilities on some sand dunes in a desert. The result is awesome action shots.

To remind you, the A 45 AMG is powered by a 2.0-litre turbocharged four-cylinder producing 265kW and 450Nm. It’s the most powerful production 2.0-litre engine ever made. The power is sent through an all-wheel drive system.