The all-new 2013 Mercedes-Benz SL 63 AMG is set to be unveiled at the 2012 New York Auto Show, featuring a twin-turbo V8 engine and significant performance revisions over the normal SL lineup. 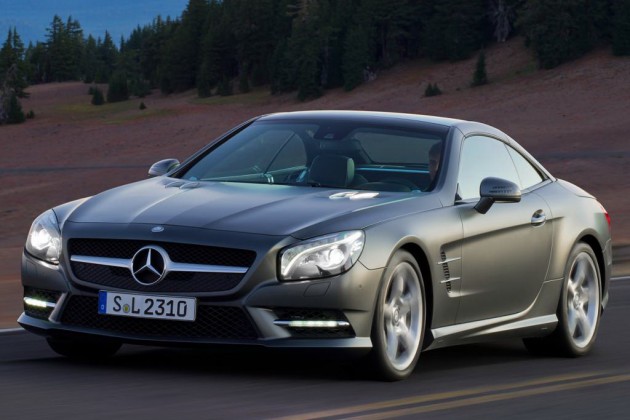 The normal 2013 Mercedes-Benz SL-Class was only revealed last month at the 2012 Detroit show, showcasing a fresh new design in tune with the company’s latest, solid-look design philosophy.

As per usual AMG vehicles, the new Mercedes-Benz SL 63 AMG is set to feature a range of performance-oriented revisions, including uprated brakes, sports lowered suspension, large alloy wheels, and a discreet bodykit and telltale trimmings.

Power is set to come from a tuned version of the new 5.5-litre twin-turbo V8 engine, producing around 403kW of tyre-torturing power. The unit will likely be matched up to a seven-speed sports-shift automatic transmission.

No official images or renderings have revealed the look of the new flagship convertible, however, it is expected to be a stunner at the New York show, starting April 6.