US-based aftermarket auto specialist TF-Works has developed a new bodykit package of the Scion FR-S – the US version of the Toyota 86. Called the Version Select, the kit gives the popular sports coupe a very aggressive and muscular look. 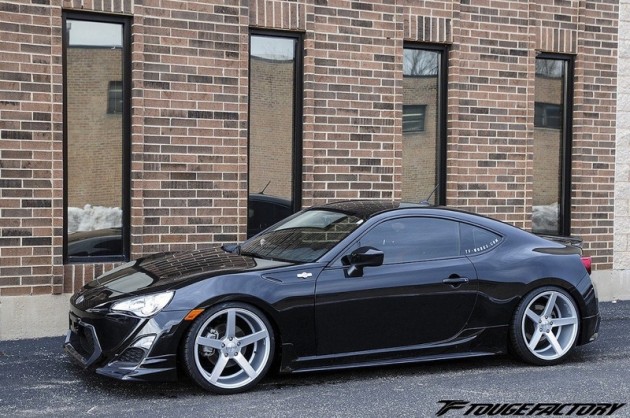 Kicking off with a sharp and low front spoiler, made from carbon fibre, the TF-Works package gives the somewhat friendly-looking coupe a more focused stance. The new bar also incorporates a larger ‘mouth’ grille.

Down the sides, the Toyota 86 is given skirt extensions to match the front end, ramped up towards the back for an aero look. 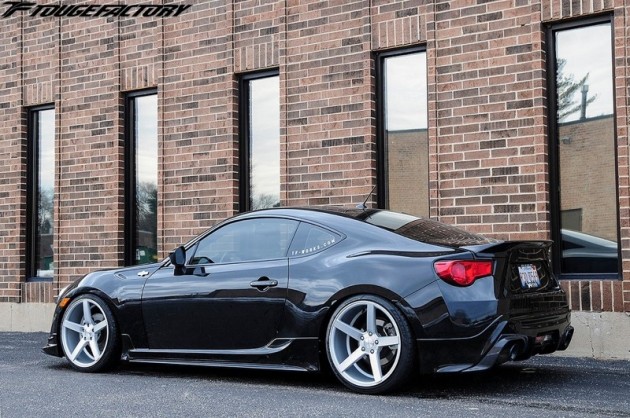 At the back is where things get the most exciting, in our opinion. There’s a completely new rear bumper bar including a chunky diffuser and side flares which match the side skirts. A neat lip spoiler on the boot tops off the stealthy look.

With lowered sports suspension sitting over a set of deep-dish matt grey 19-inch Vossen alloy wheels, the 86 is transformed into one of the best-looking versions we’ve seen.

TF-Works says it is still developing the complete package. There’s no mention of any engine performance upgrades at this stage.