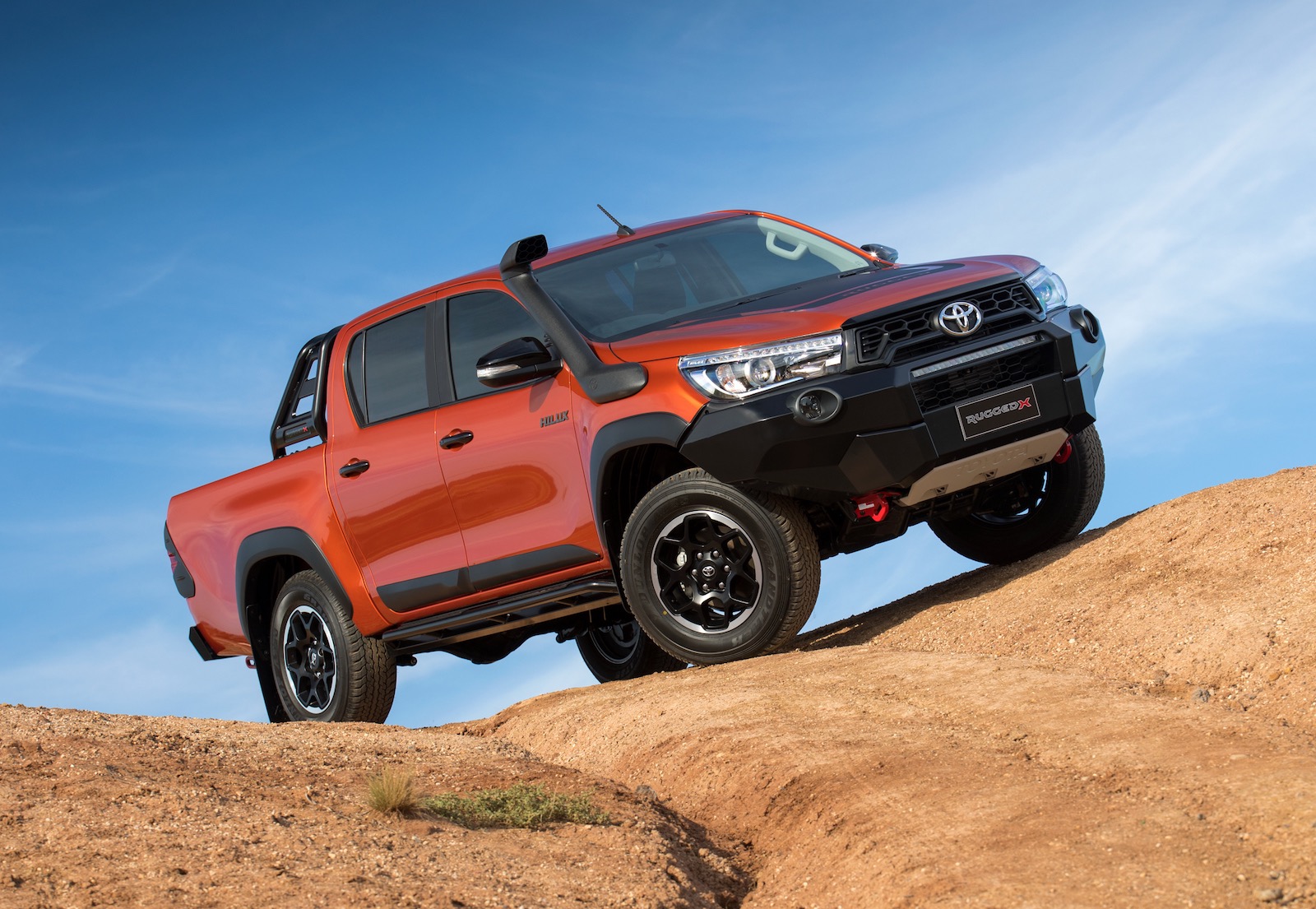 As exclusively scooped by PerformanceDrive back in March last year, Toyota Australia has been planning a range of new HiLux variants. It has now confirmed the HiLux Rugged, HiLux Rugged X, and the HiLux Rogue. These three new variants will sit at the top of the HiLux range, loosely based on the top SR5 grade, sitting near the TRD pack. To answer the first question that we – and probably you – want to ask, is there any performance upgrades? The short answer is no. Toyota has only released preliminary details but it looks like all three variants are simply enhanced via some cosmetic changes and sporty accessories.

However, the Rugged X is the more serious of the trio, coming packed with plenty of rough and ready off-road gear. There’s a high-tensile alloy bash plate underneath and a winch-compatible steel bull bar mounted at the front. Both of these parts have been engineered with the HiLux and work in sync with the standard airbags and safety gear.

Going for the Rugged gets you a watered down version of the Rugged X, with a more practical approach including a premium steel bull bar and a unique front end and grille treatment. It’s unknown at this stage if there will be any component changes underneath.

“HiLux buyers increasingly demand additional features – in fact, they spend more on accessories than any other vehicle in our range. These new vehicles will enable them to make a statement with advanced toughness, added capability, practical comfort, first-class safety and the in-built strength that makes HiLux the indisputable No. 1.”

More specific details will be confirmed closer to their launch, which is penned in for the second quarter of this year. The new models will go up against the upcoming Ford Ranger Raptor and the HSV Colorado SportsCat.