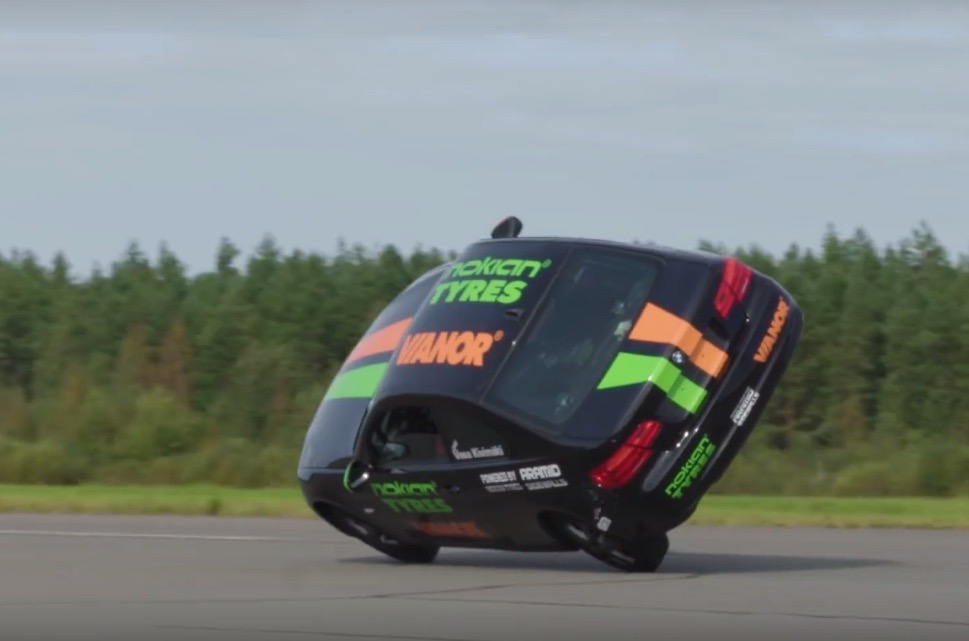 The Finns have taken out the Guinness World Record for the fastest two-wheeled drive in a car, topping out at 186km/h. 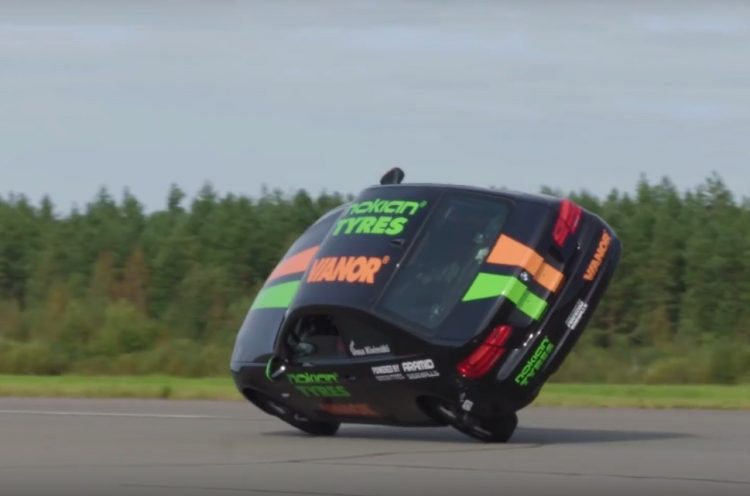 The record was set by Finnish stunt driver Vesa Kivimaki in a modified BMW 335i and managed a maximum average speed of 186.269km/h, largely thanks to the specialised rubber he was riding on.

In order to set a Guinness-verified record, Kivimaki had to complete two separate runs in each direction, with the average speed of those two runs calculated as the official top average speed. After the record-setting run, Kivimaki said:

“I have made earlier attempts to break the record the fastest car on two wheels, but have not been successful. At some point, I realised that the key to record-breaking is to have tyres that are exceptionally durable.”

Kivimaki enlisted the help of Finnish tyre manufacturer Nokian. The company uses aramid in the construction of some of its tyres, and aramid is known as a heat-resistant and incredibly strong synthetic fibre that is used in things from aerospace technology to military-used ballistic protection.

Nokian’s use of aramid in the construction of the tyre’s sidewalls in particular proved pivotal in achieving a new record. Nokian’s Matti Morri said:

“The passion and creative madness required for this world record attempt are also descriptive of Nokian’s product development. We need to try new things and test our limits. Only this will allow us to develop safer, more durable tyres in the future.”

The previous record, set by rival Scandinavian Goran Eliason, a Swede, hit 181.25km/h. Take a look at the video below for more.