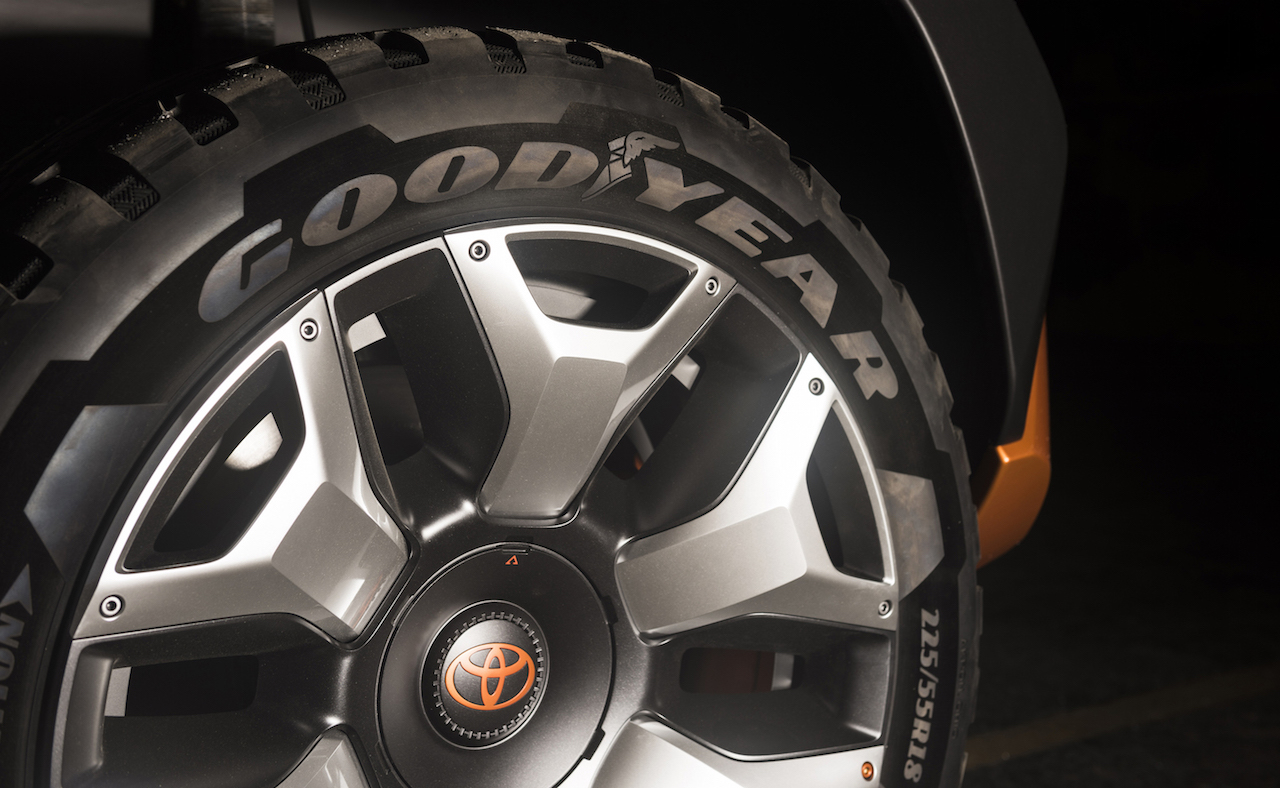 Toyota has confirmed it is planning to unveil a new concept at the New York auto show next month, called the FT-4X concept. 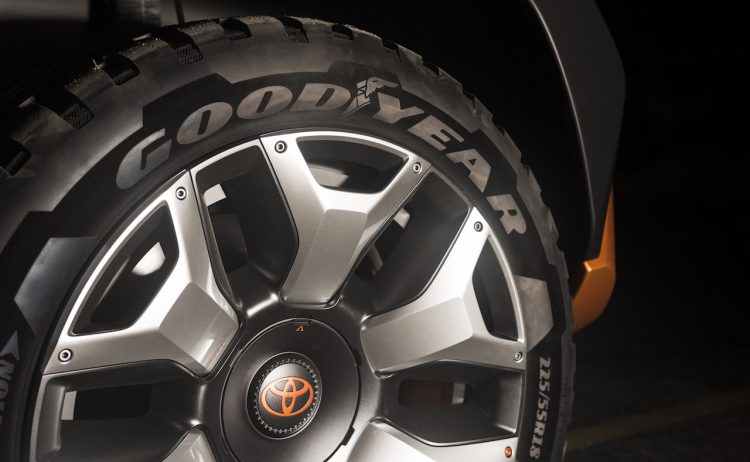 At this stage it is very difficult to tell what the concept will preview exactly, given the teaser image only shows some of the wheel and tyre. One thing is certain though, it will be a fairly serious off-road vehicle.

The teaser shows an 18-inch alloy wheel, suggesting it won’t be a super-compact SUV, wearing aggressively-treaded 225/55 tyres. This is where it puzzles us a little bit as 225s aren’t very wide for a large SUV or pickup truck.

One possibility is that it could be a concept that might inspire a new FJ Cruiser of the future. But even then, the outgoing version wore 265/70 tyres on 17-inch wheels.

Toyota isn’t giving away any clues either. It confirms the New York show debut, with the press release titled; “Four Wheeling. Scene Stealing.”

With ‘scene stealing’ in there, it makes us think this could be an open-top vehicle or even a semi open-top setup like the Jeep Wrangler and original LandCruiser. And with the smallish wheels, maybe it’s pitched as a mid-size SUV?

In any case, the ‘FT’ element stands for Future Toyota, a bit like the FT-86 concept first previewed the 86, and the more recent FT-1 that previews the new Supra. All will be revealed on April 12. Stay tuned.