Toyota has revealed a new concept at the North American International Auto Show in Detroit called the Toyota Corolla Furia. As the name suggests, the concept gives us a preview of a possible design direction for a future Corolla sedan. 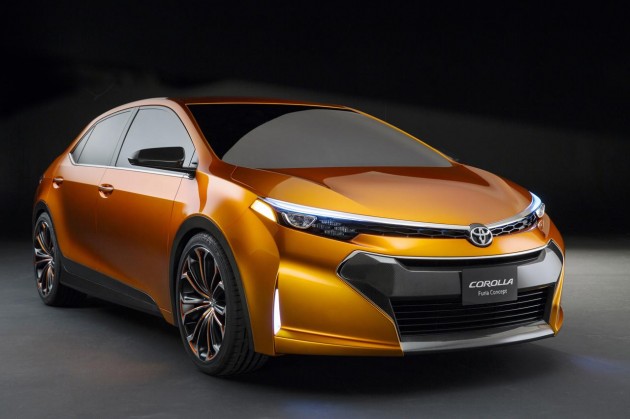 Showcasing loads of sporty highlights including an aggressive rear end with an infused diffuser section lower down, and a beefy front end with carbon fibre highlights, the Furia was designed under an ‘Iconic Dynamism’ philosophy. Bill Fay, group vice president and general manager of the Toyota Division, recently said,

“The Corolla Furia Concept is an early indicator of where our compact car design may lead in the future. It blends a heightened emphasis on dramatic design and modern elements of high technology to generate curb appeal that will surprise a lot of people.” 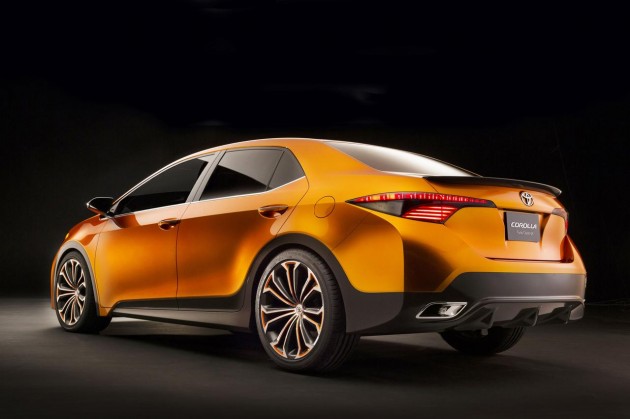 You can see some design cues are carried over from current model Toyotas, particularly looking at the front corners. Like on the new Corolla and Aurion, there’s a distinct curvy line that runs down to create the edge on either corner.

Giving the Furia a sporty theme is a liberal use of carbon fibre. The front bumper bar, side mirrors, rear spoiler, wheel wells, side skirts, and the rear diffuser are all made from the exotic lightweight material.

Other highlights include 19-inch alloy wheels, short front and rear overhangs to support agile handling and to maximise interior space, as well as a black mesh grille at the front for a stealthy face.

Toyota hasn’t mentioned what power lies beneath the bonnet. Overall though, it does look kind of mean and cool for a Corolla, don’t you think?